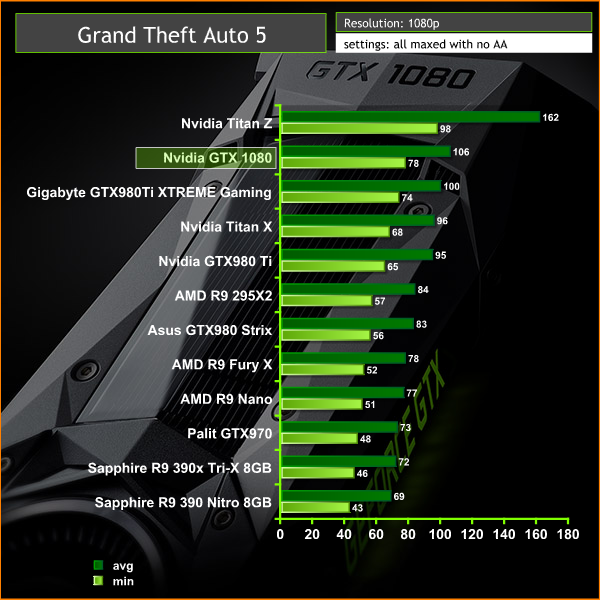 The Grand Theft Auto 5 engine is very advanced and we can see the Nvidia hardware claiming all of the top performance spots at 1080p. The Titan Z is the clear performance leader in this engine, averaging 162 frames per second. The Nvidia GTX 1080 claims the top position for single GPU graphics cards.