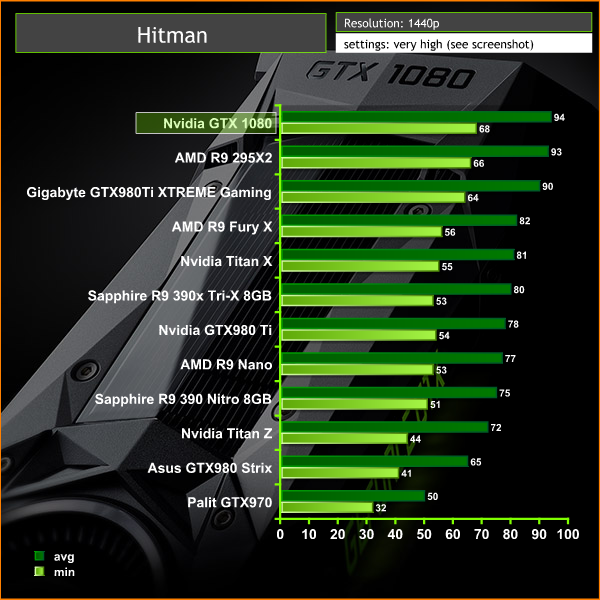 At 1440p, the Nvidia GTX 1080 averages 94 frames per second, holding top spot. At 1440p the AMD R9 295X2 raises its position on the leaderboard to fall into second place, just ahead of the Gigabyte GTX980 ti Xtreme Gaming.