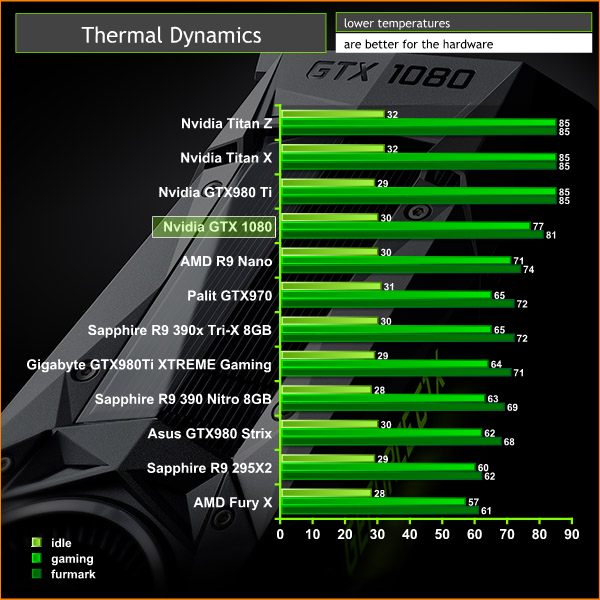 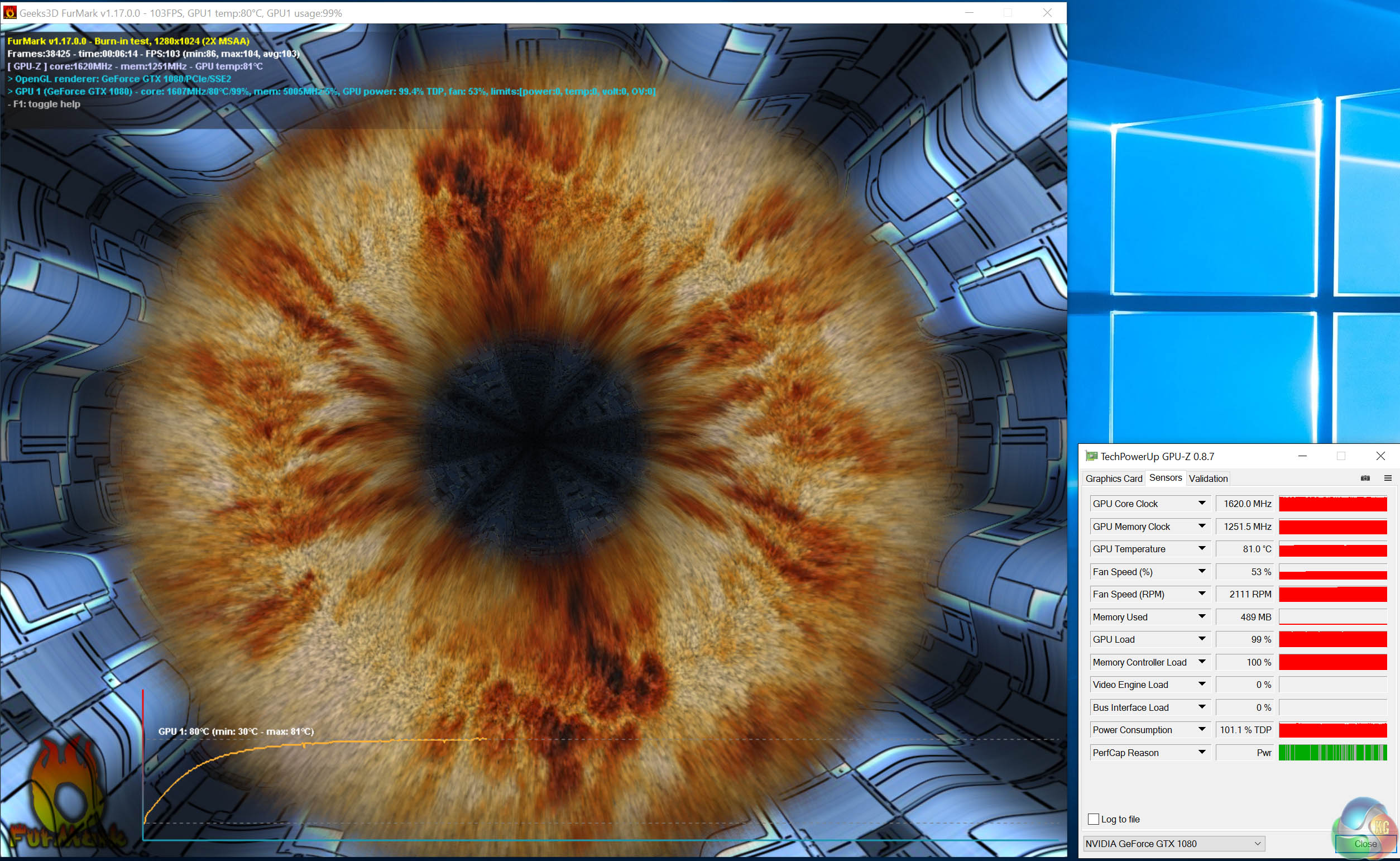 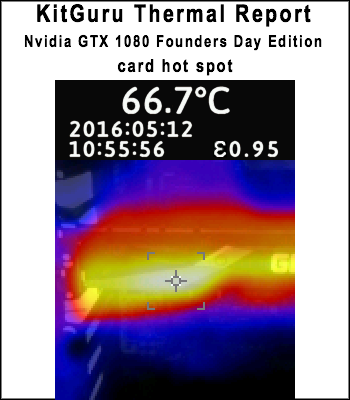 The image above shows the Nvidia GTX 1080 remains relatively cool, thanks to the backplate. Load temperatures rise to give a reading of 66.7C under extended conditions. The backplate helps stop the build up of hot spots on the PCB which is exactly what we want to see.