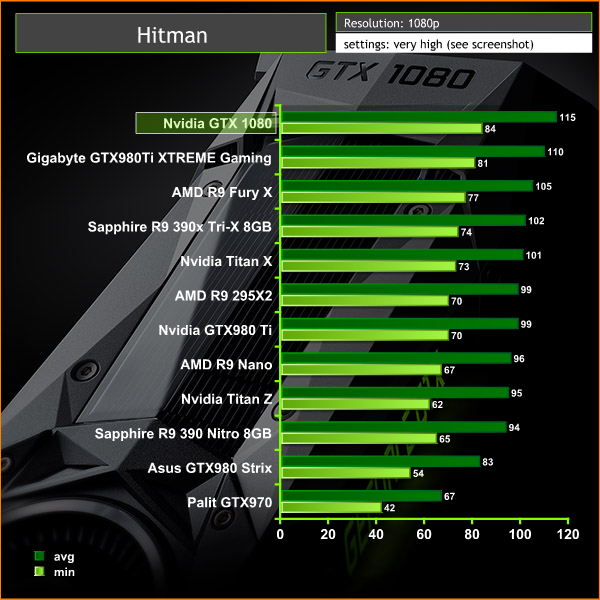 This engine proves quite straightforward to power at 1080p, even for an Nvidia GTX970. The GTX 1080 claims top position in the benchmark graph.