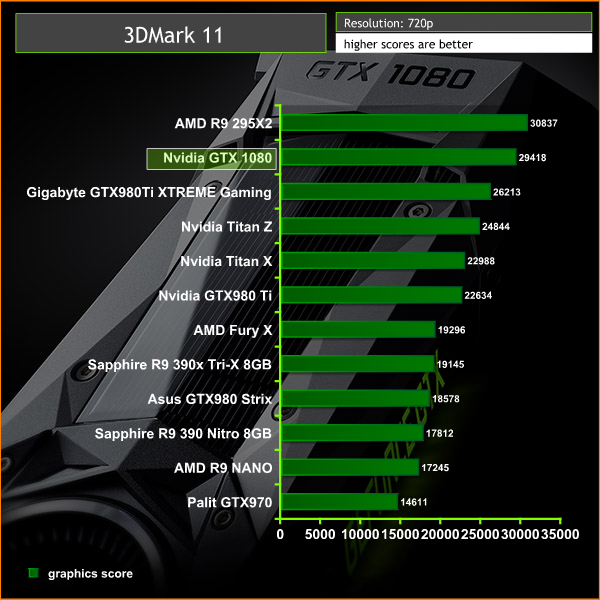 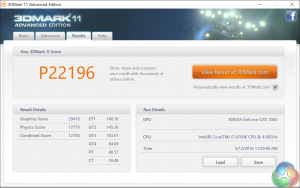 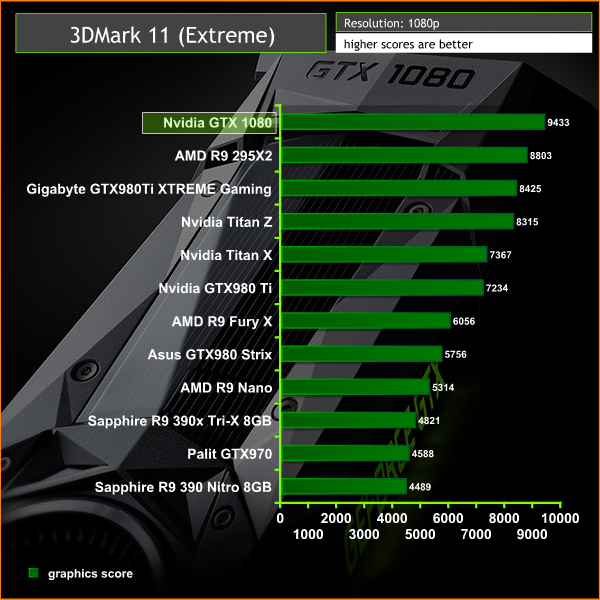 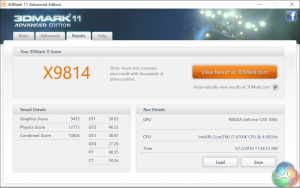 The Nvidia GTX 1080 is the fastest single GPU on test today with this last generation Futuremark benchmark. I was shocked to see the GTX 1080 outscoring the AMD R9 295X2 at Ultra HD 4k resolutions.