We tested both the primary and secondary drives in the Titan Forcebox using CrystalDiskMark and ATTO to get a decent idea of read and write speeds alongside other performance characteristics. 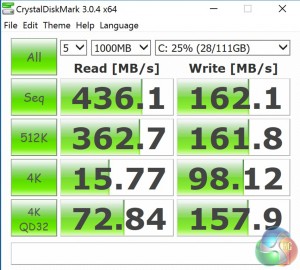 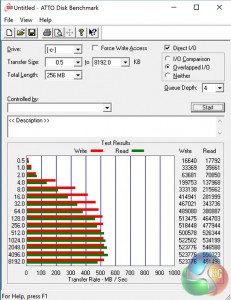 Both of the drives found in the OCUK system offer up decent performance. On the Kingston 120GB SSD, we get sequential read speeds of 436 MB/s and 162 MB/s on the write speed.

It’s not the fastest SSD on the market but it will get the job done just fine. Due to the ITX H110 motherboard used in this system, upgrading to a M.2 or even a PCIe SSD won’t be possible due to the lack of support. 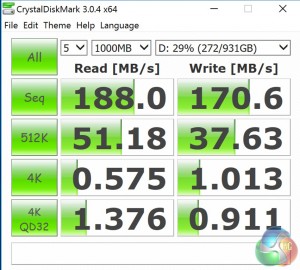 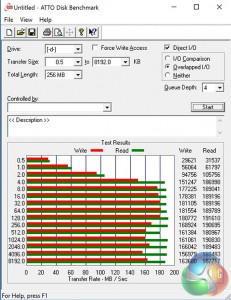