The SteamVR Performance Test measures your system’s rendering power using a 2-minute sequence from Valves Aperture Robot Repair VR demo. After collecting the data it determines whether your system is capable of running VR content at 90fps and whether VR content can tune the visual fidelity up to the recommended level. For machines that are not VR Ready the tool can help determine whether capabilities are bound by Graphics Card, CPU, or both. 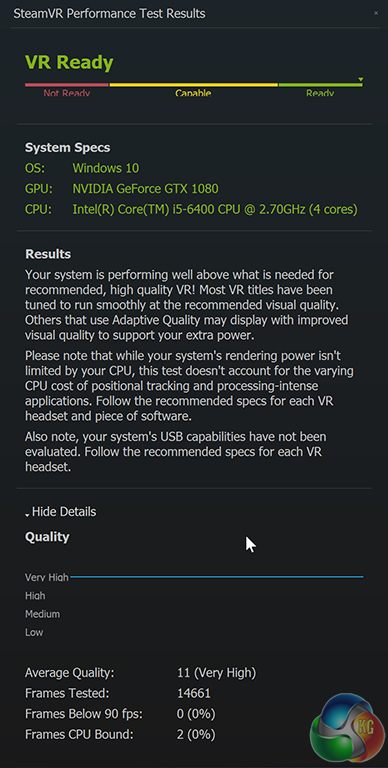 I don’t personally have a HTC Vive or an Oculus Rift to benchmark any virtual reality titles. However, going by the SteamVR Performance Tool, the GTX 1080 has more than enough power to drive VR at the highest quality and frame rates.