Just in case you are the type that has never fancied building your own system but really wants to get into PC gaming. Here we have three systems from PCSpecialist, who have won numerous awards form KitGuru over the years. We believe these systems offer PC gaming newbies with good options that cover everything from basic starter gaming PCs, right up to the top high-end systems that are pre-configured and ready to plug in and start gaming.

For those who question their ability to build their own system, pre-built systems offer some benefits. They are assembled by professionals, so you know there shouldn’t be any component compatibility issues and the build quality/configuration should be to a very high standard.

Another major benefit for consumers with pre-built systems is the warranty. Some individual PC components may only come with 12 months’ warranty. Pre-built systems usually offer longer warranty periods and hardware technical support for extra peace of mind. So, these things have to be accounted for in the cost of the system. 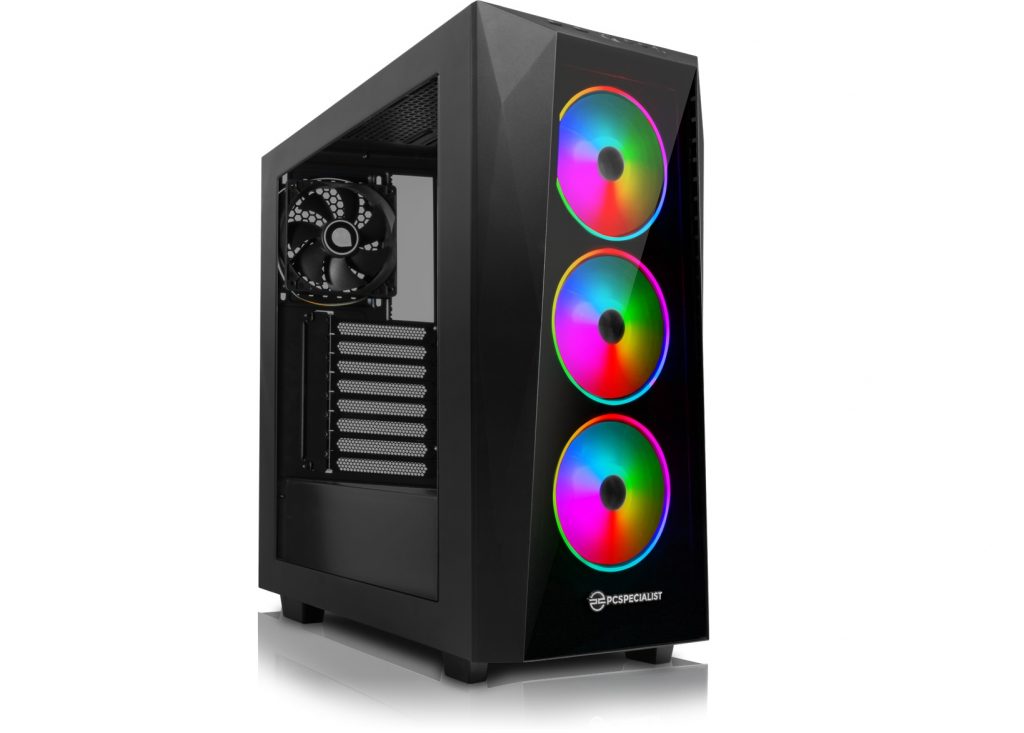 The basic pre-built system is in a similar budget category to our own low-mid range system and features relatively similar hardware performance with an AMD Ryzen 3600X CPU and a GeForce GTX 1660 graphics. Memory specification and storage capacity is a little lower than our own systems and the price is slightly higher at around £900.

PCSpecialist provide the option for customers to configure the system themselves and the specification/price quoted is for the system in its default configuration. The PCSpecialist Fusion XT system also includes a 3-year standard warranty, Windows 10 Home 64-bit installation and a 90-day BullGuard Internet Security trial. Build time is stated as approximately 7 to 9 working days. 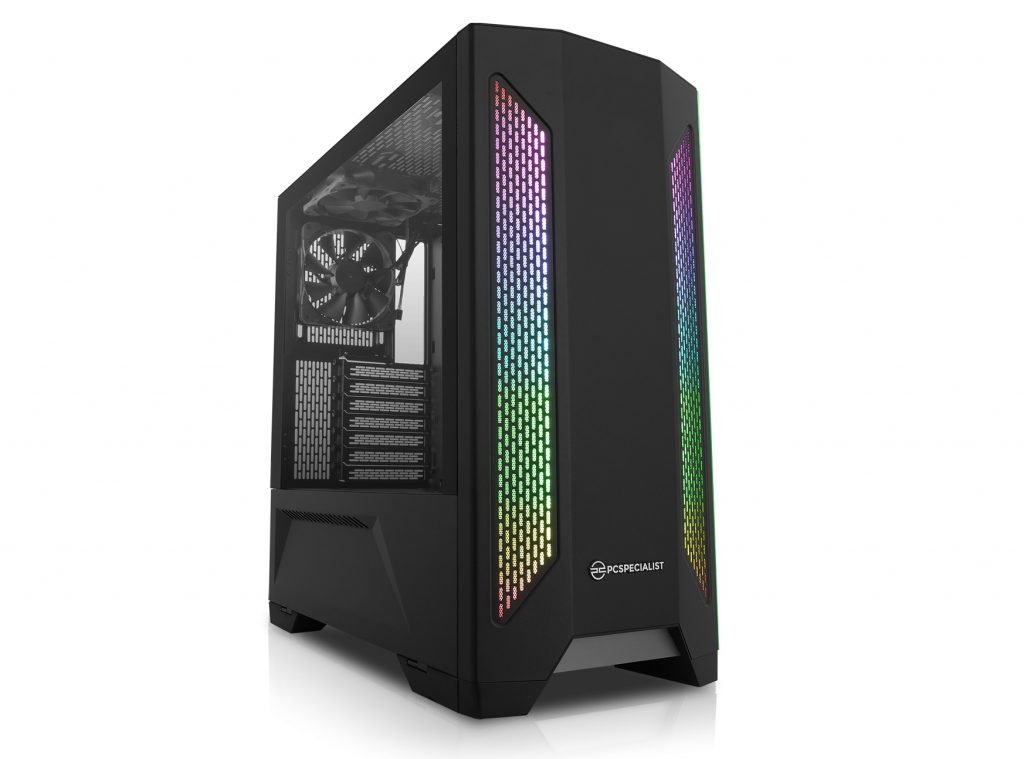 Our mid-tier pick from the pre-built market is actually quite an attractive looking option, in terms of specification and budget, it sits somewhere between our self build mid-tier and high-end setups. The PCSpecialist Vortex VR system contains the same Intel Core i7-9700K CPU of our self build High-end system but with a slightly less powerful GTX 2070 Super graphics card.

This system seems like a solid gaming system for high FPS 1440p resolution gaming in multiplayer competitive titles and should be able to handle some 4K resolution gaming at steady frame rates up to 60 FPS in most modern titles. This system should also offer a good platform for someone starting out with twitch streaming while being capable of handling all other types of workloads with relative ease. 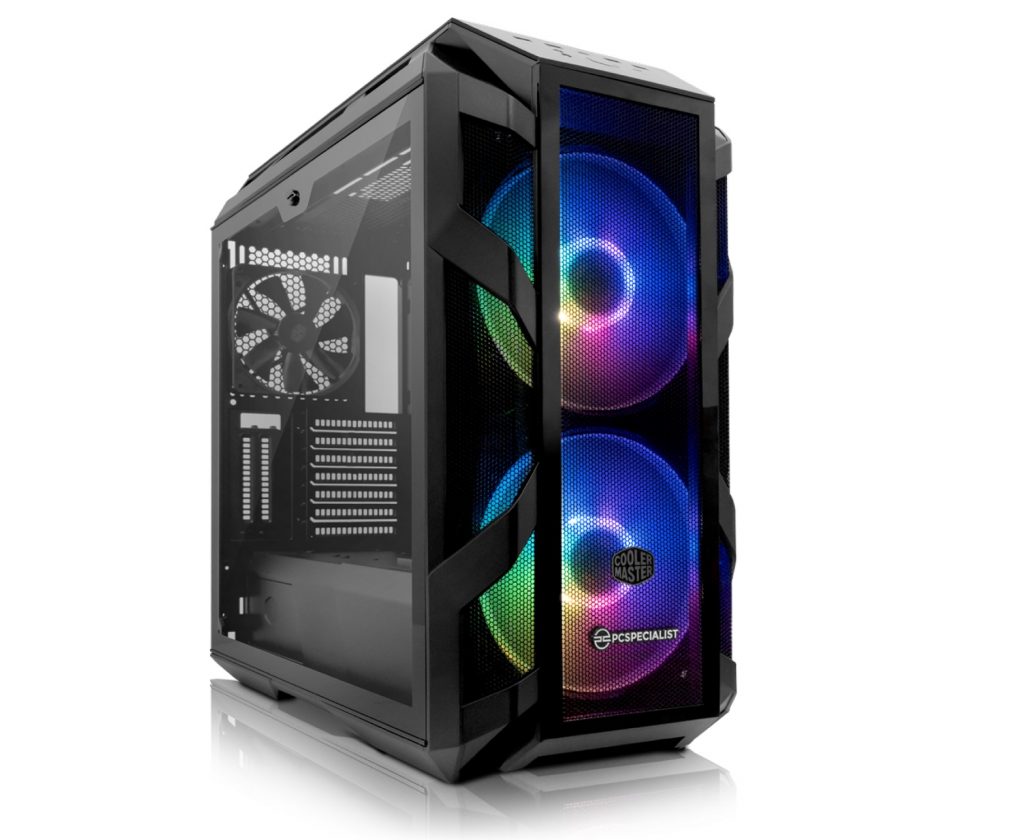 The PCSpecialist Fusion Ultra system is our pick of the high-end pre-built market, with the cost almost smack bang in the middle of our self build high-end and Ultimate rigs, the Fusion Ultra offers a component combination of our two systems. It is equipped with an AMD Ryzen 9 3900X CPU which is ideal for both gamers and Twitch streamers or YouTubers and content creators.

Gamers especially will appreciate the graphics performance of the PCSpecialist Fusion Ultra system. Its RTX 2080 Ti graphics card will handle all types of gaming with ease, whether its high FPS in frantic multiplayer battles or high-resolution beauty in AAA solo titles, this system should not fail to deliver.

It also features a fast 512 GB M.2 SSD storage drive for the Windows installation and a couple of your favourite games, with additional storage via a 4TB Seagate Barracuda HDD for less critical applications and games. If you are planning on installing a lot of modern PC games, it may be worth adding a little extra storage at a later date since some modern game installations now surpass the 100GB mark.

If you have a Final Fantasy IX update waiting to download on Steam, then you …