With dozens of multi-billion turnover technology companies all vying for your dollars – alongside a huge array of smaller organisations, all bristling with creative energy – this really is one of the most exciting areas to be involved in.

Whether a technology has been developed to help the sick/injured or simply to enable better frame rates in a sick/twisted game – it all has an impact on the future. That country we have yet to discover.

When Seagate decided to put an 8GB SSD onto a conventional 1TB hard drive, it sparked interest among PS4 console owners. Intel’s decision to deliver DDR4 and Quad Channel memory architectures to the motherboard market, not only sparked interest – but also caused workstations across the planet to evolve.

Apple’s iPad has changed the world and the star of the show is ARM’s Cortex processor technology. According to Apple’s numbers, the A8X inside the iPad Air 2 is 12x faster than the CPU in the original and the GPU is 180x faster. That’s impressive, but those figures represent the accumulation of many generational improvements, rather than a single game changing step.

So what have we chosen for our Excellence in Technology award? Back toward the start of 2014, a graphic card turned up in KitGuru Labs that ended up in the bottom third of every performance chart we ran. Sure, this card was destined to sell closer to £100 while those around it cost up to 70% more, but it was still a very special card.

That card was the GTX750 ti and used the new Maxwell architecture. To say that Zardon was impressed would be an understatement.

Maxwell incorporates significant changes at every stage of the graphics processing ‘pipeline’. Architectural improvements mean that shader limited workloads see up to 35% more performance per CUDA core – and those cores have also been restructured specifically to drop latency and lower the demand for electrical power. The result is a minor step back (Maxwell shader modules offer around 90% of the performance of their Kepler counterparts), but a huge step forward in terms of improved thermals and packing densities – i.e. more cool, calculating blocks per centimetre.

In general terms, 25% more texture performance, 170% more CUDA cores and, overall, 230% more shader performance. But the kicker was yet to follow, as Zardon explained, “Considering the GTX 750 Ti is manufactured on the 28nm process bodes well for the future. When Nvidia move to the 20nm process later this year we should see even bigger gains filtering up through the product line, including high end graphics cards that are faster, but run cooler and demand less power at the socket.

It really is a win-win for their partners and we are positive that Nvidia have a very strong 24 months ahead of them”. Despite this ominous warning, we have yet to see a reaction from AMD.

The ‘second shoe’ has fallen with the opening of CES 2015 in Las Vegas and nVidia CEO Jen Hsun Huang presenting the Maxwell-based Tegra X1 chip (1 teraflop of computational power) for mobile devices – and the ‘third shoe’ seems about to fall in terms of Maxwell enabled Quadros etc. 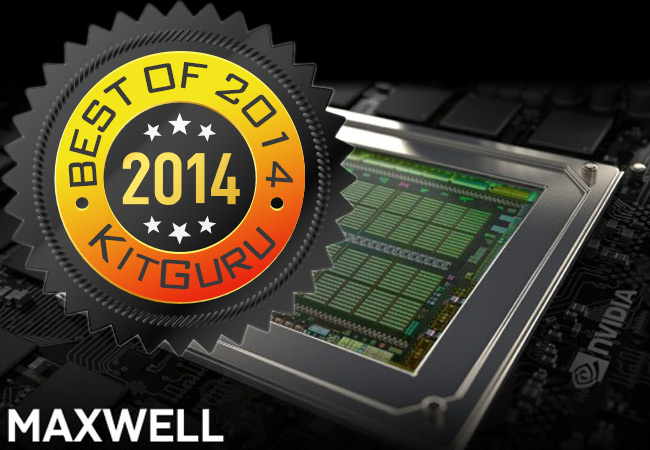