Far Cry 3 is a first-person shooter, which also features role-playing game elements including experience points, skill trees, and a crafting system. The player has the ability to take cover behind objects to break enemies’ lines of sight and to peek around and over cover and blindfire. The player has the ability to perform silent takedowns by performing melee attacks from above, below, or close behind. The game’s narrative director, Jason Vandenberghe, said that the story mode map is around ten times larger than the game’s previous installments. (Wikipedia). 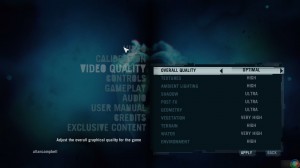 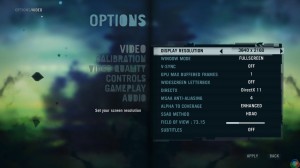 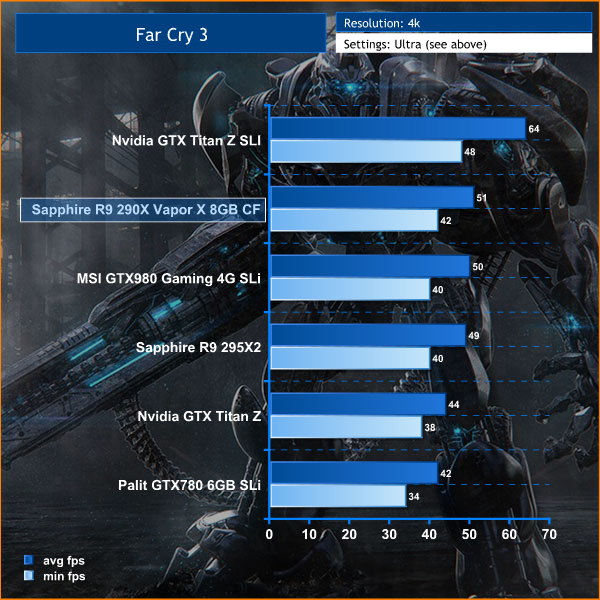 The Nvidia Titan Z in SLi claim top position, although the game suffered from some flickering textures on the buildings. We were never able to eliminate this at the test settings which ruined the game. The Sapphire R9 290X Vapor X 8GB scored very well in this particular engine, averaging 51 frames per second – right ahead of the GTX980 Gaming 4G cards in SLI.