On May 22, 2014, a Redux version of Metro Last Light was announced. It was released on August 26, 2014 in North America and August 29, 2014 in Europe for the PC, PlayStation 4 and Xbox One. Redux adds all the DLC and graphical improvements. A compilation package, titled Metro Redux, was released at the same time which includes Last Light and 2033. (Wikipedia). We test with following settings: Quality-High, SSAA-on, Texture Filtering-16x, Motion Blur-off, Tessellation-Normal, Advanced Physx-on. 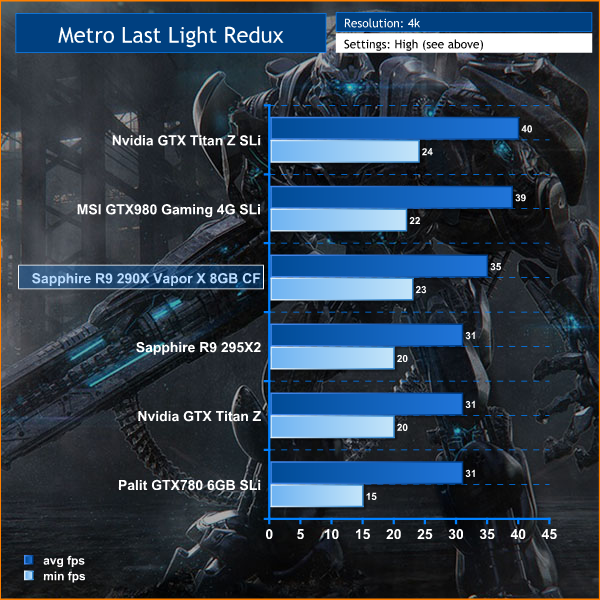 At these settings this engine is incredibly demanding, bringing the cards to their knees. The Titan Z in Quad SLI doesn’t deliver massive gains, around 9fps extra. We wouldn’t call any of the configurations completely playable however and some image quality would need reduced.

Win a Samsung 32″ Curved Gaming Monitor with Mountain.GG and KitGuru

We have partnered with Mountain for an epic giveaway! Mountain is set to launch a highly modular premium mechanical keyboard real soon. In the meantime, we partnered up to sweeten the wait a little for you by giving away a Samsung 32” WQHD Curved Gaming Monitor!