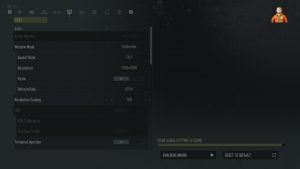 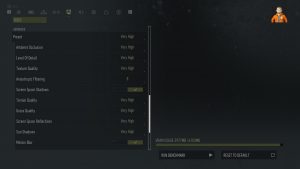 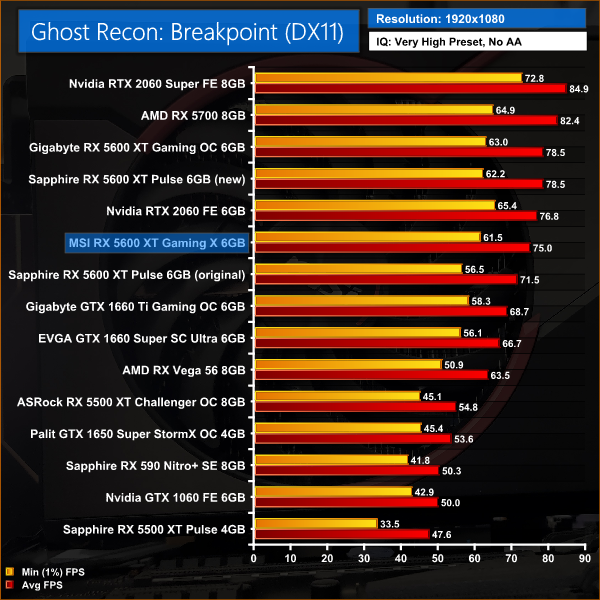 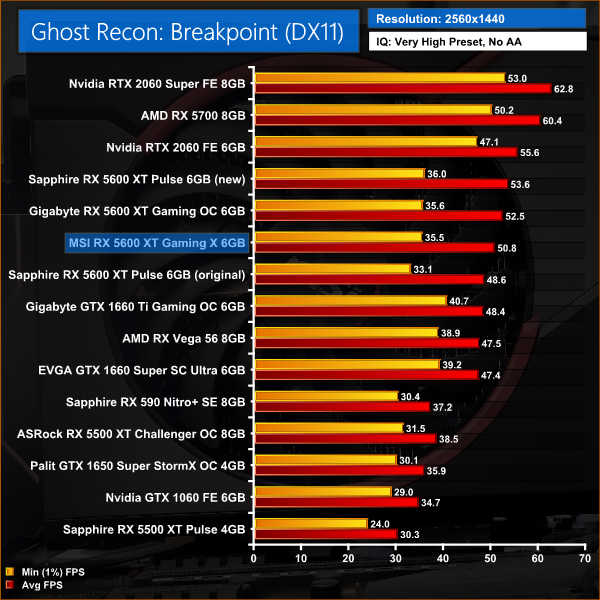 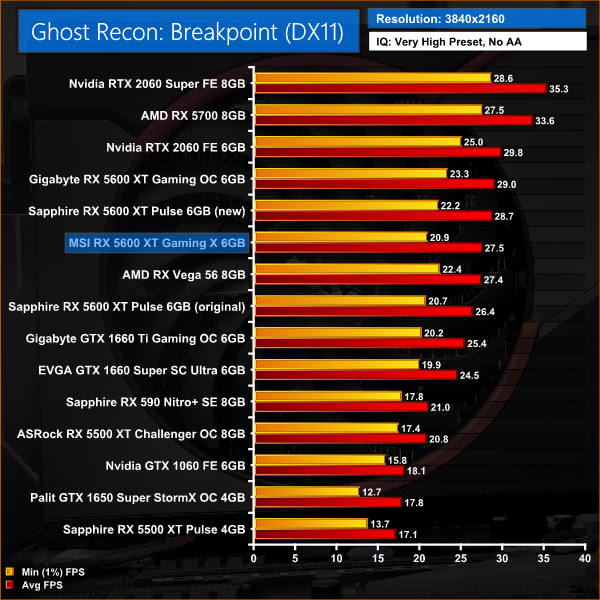 Moving onto Ghost Recon: Breakpoint, this is another title where the Gaming X falls pretty neatly between the Pulse using 12Gbps memory, and the Pulse with its updated 14Gbps spec – at 1080p, the Gaming X is 5% faster than the former GPU, and 4% slower than the latter GPU.

At 1440p, the MSI card is 5% slower than the Pulse with 14Gbps memory, but we can also see the GTX 1660 Ti has closed the gap significantly on the Gaming X as there’s just a 5% difference between the two.