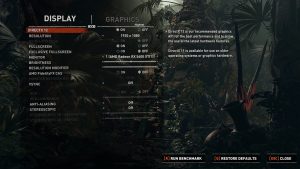 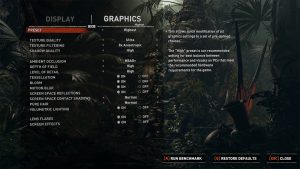 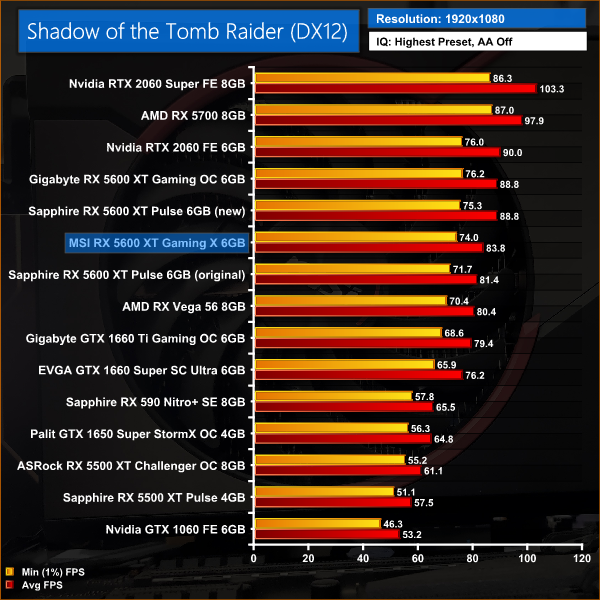 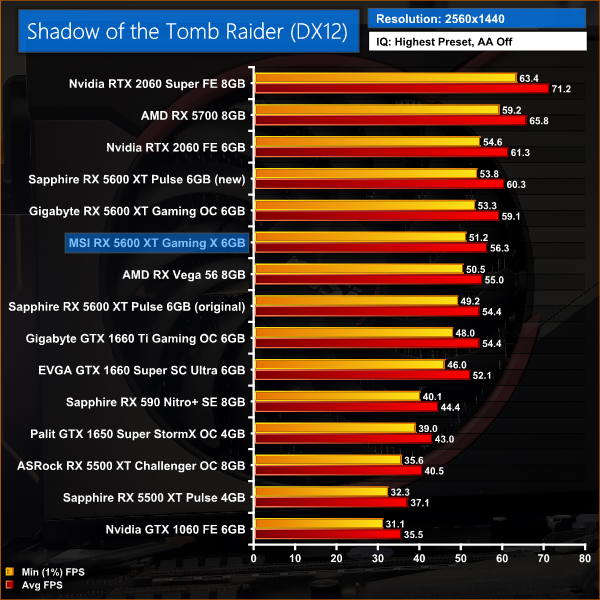 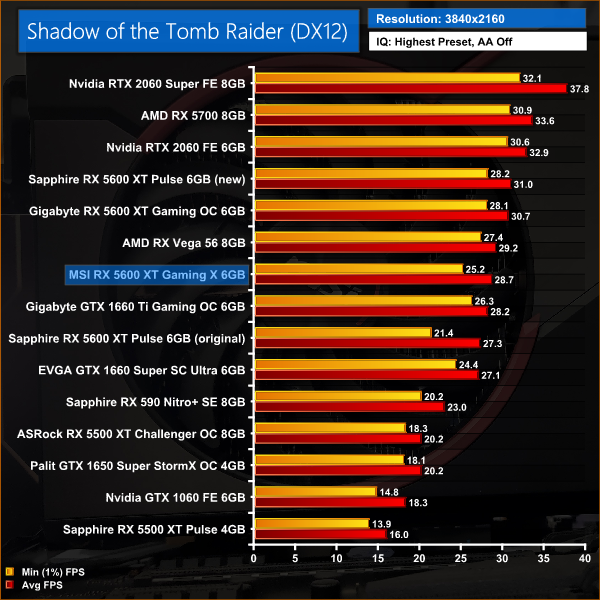 Shadow of the Tomb Raider shows very similar performance margins to Red Dead Redemption 2. For instance, the Gaming X is no more than 3% faster than the Pulse with its old BIOS, either at 1080p or 1440p. The Pulse when running the new BIOS, however, is 6% faster at 1080p and 7% faster at 1440p.