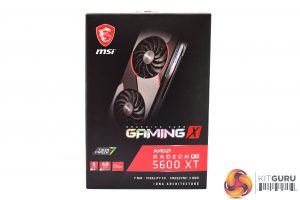 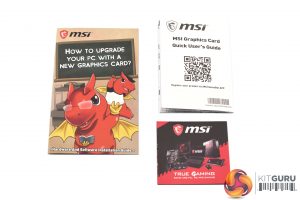 The MSI RX 5600 XT Gaming X ships in a black box, with MSI and AMD branding – alongside an image of the graphics card – visible on the front.

Inside, we get three small pieces of documentation – a quick start guide, ‘how to upgrade your PC’ cartoon, and an overview of other MSI products. 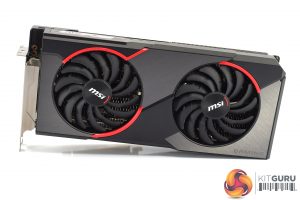 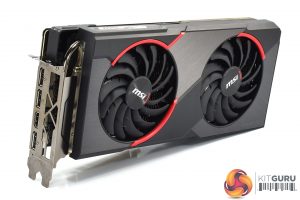 As for the Gaming X itself, I have to say this is one of the best looking graphics cards I have seen in the last few years. It uses a two-tone shroud, with some black plastic sections, but also three brushed metal sections which provide a lovely contrast to the plastic. Additionally, the red accents around the fans definitely remind you this is a Gaming X card – the series has always had some red in the design, even if that is slowly being undone as the cards become more colour-neutral.

The cooler also uses two of MSI’s Torx 3.0 fans, with each measuring 100mm. These fans use what MSI calls the ‘dispersion fan blade’, and as MSI describes them, they have ‘a special curved blade which accelerates the airflow, increasing its effectiveness.’ 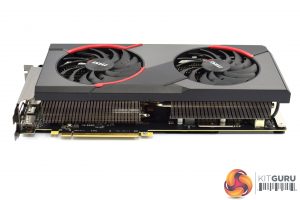 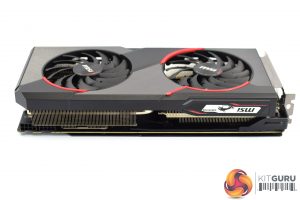 As for the cards’ size, it’s certainly not small, measuring 297 x 140 x 58 mm. At almost 30cm long, and occupying three slots in your case, it is worth taking extra care to ensure this will fit in your chassis. 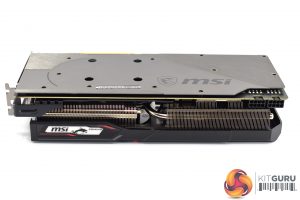 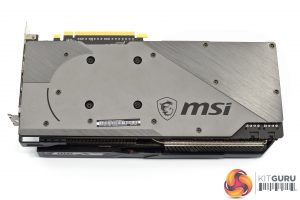 Elsewhere, on the front side of the card we can get a look at a small MSI dragon logo. This is the only RGB zone on the card.

As for the backplate, this is a full-length design and it is made from aluminium, so it looks and feels premium. You can also notice that some parts of the backplate are brushed metal and others are left plain, which again gives it a tasteful contrast and adds interest. From a purely aesthetic standpoint, I really do rate this card highly. 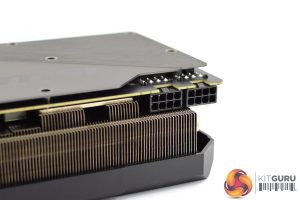 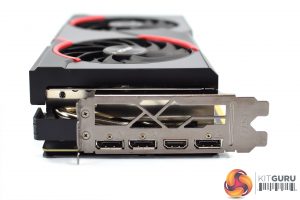 For power requirements, likely as MSI is re-using the PCB from its RX 5700 XT cards, this model needs 2x 8-pin connectors. We can also see the 3x DisplayPort and 1x HDMI video outputs. 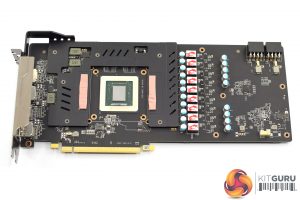 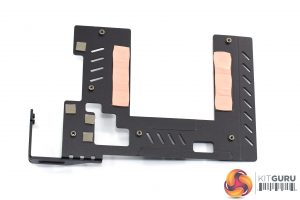 Opening up the card to get a look at the PCB, we can see that about half of the board is covered with an aluminium plate. This sits over the VRAM and some power circuitry to act as a mini heatsinks for those components. 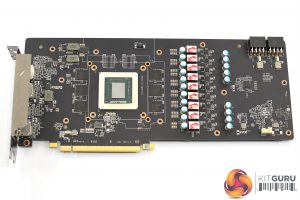 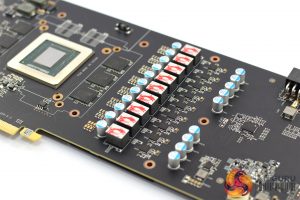 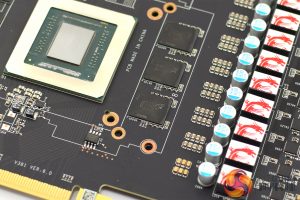 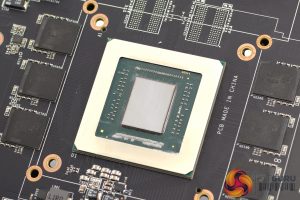 We can also get a look at the memory modules which are from Micron. Despite being labelled ‘D9WCW’, which is 14Gbps memory as per Micron’s specifications, it seems the 5600 XT memory controller can struggle to keep the modules at that speed. Thus explaining why MSI has only validated the Gaming X memory for 12Gbps as discussed on the first page. 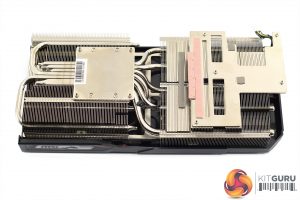 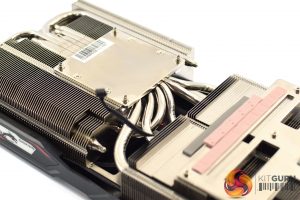 Finally, the cooler is a very beefy unit, comprised of two fin stacks which are connected by a total of six heatpipes – five of those are 6mm pipes, and one is a bigger 8mm pipe. The GPU die contacts with a nickel-plated copper plate, with there are separate coldplates for the VRM as well. The memory is cooled by the additional black plate, as shown above.