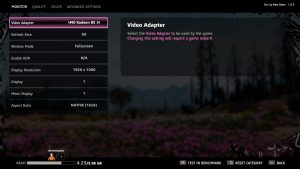 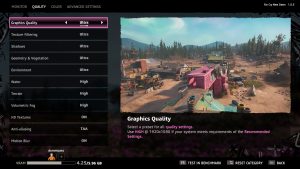 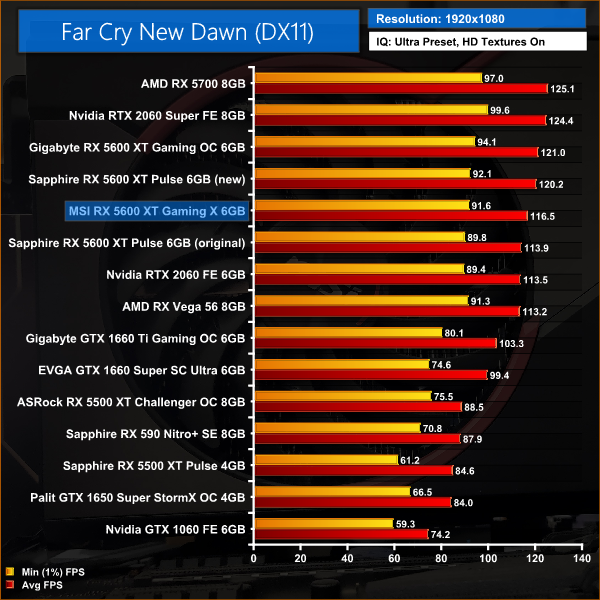 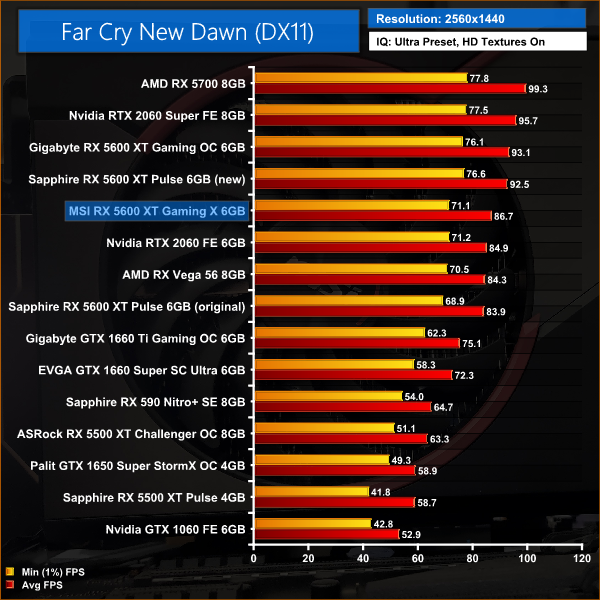 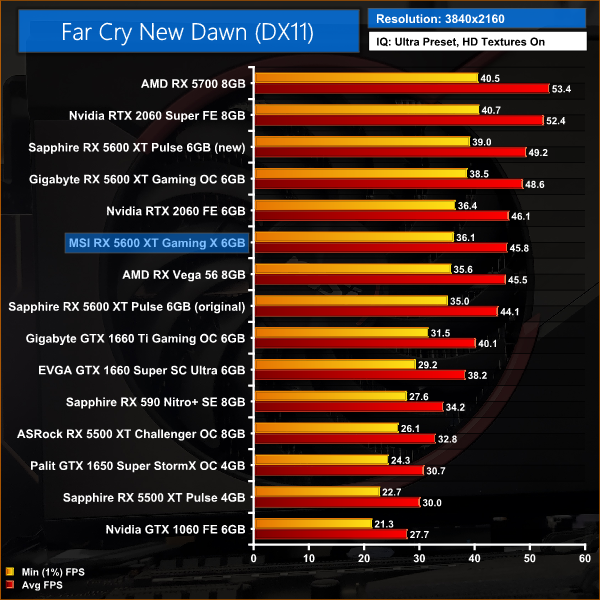 There’s not a whole lot of difference between any of our 5600 XT configurations at 1080p, as the Gaming X is 2% ahead of the Pulse using the old BIOS, and only 3% behind the Pulse using its new BIOS.