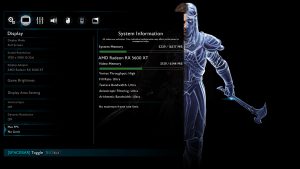 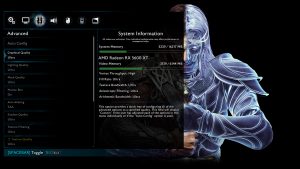 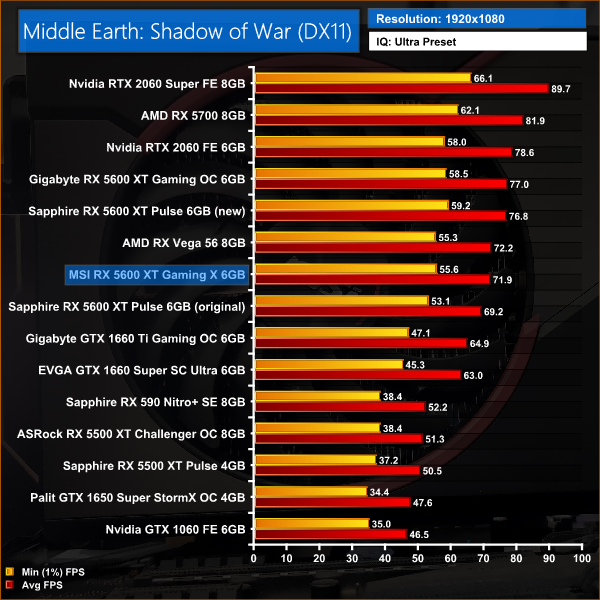 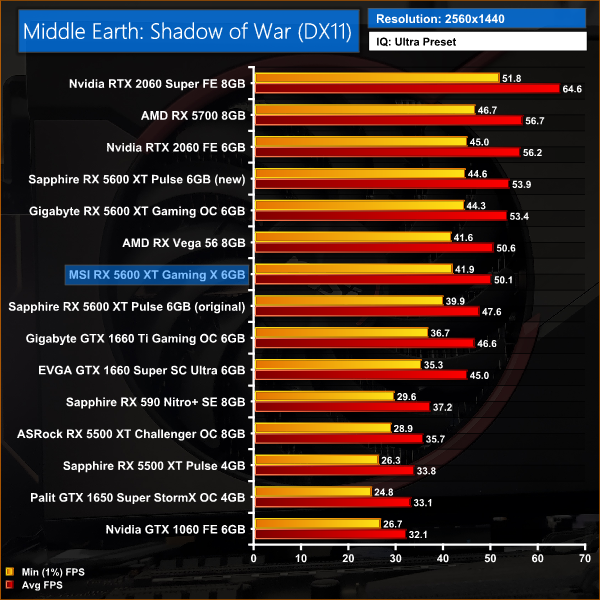 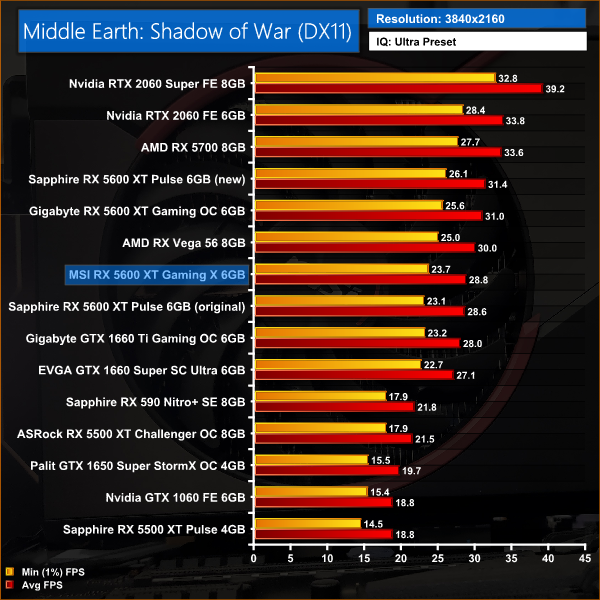 In Middle Earth: Shadow of War, it’s another 6% performance deficit for the Gaming X when compared to the Sapphire Pulse using the updated BIOS. At 1440p, that gap increases to a 7% difference as the resolution increases.