We use the Ultra quality settings (or the highest alternative – generally Very High or High – when Ultra is unavailable). MSAA is set to 2x for 1080p and 1440p and is disabled for 4K. The Advanced Graphics options are all set to their maximum levels. 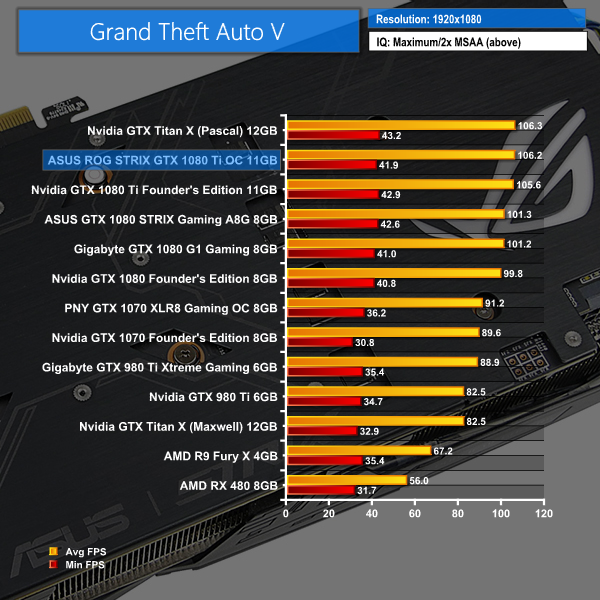 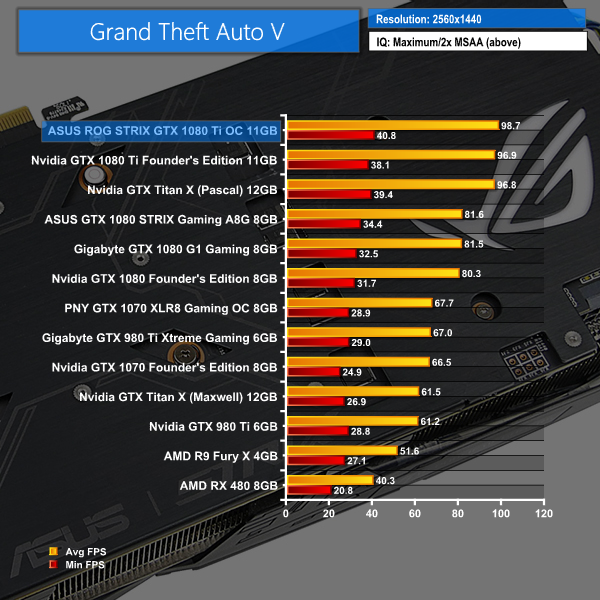 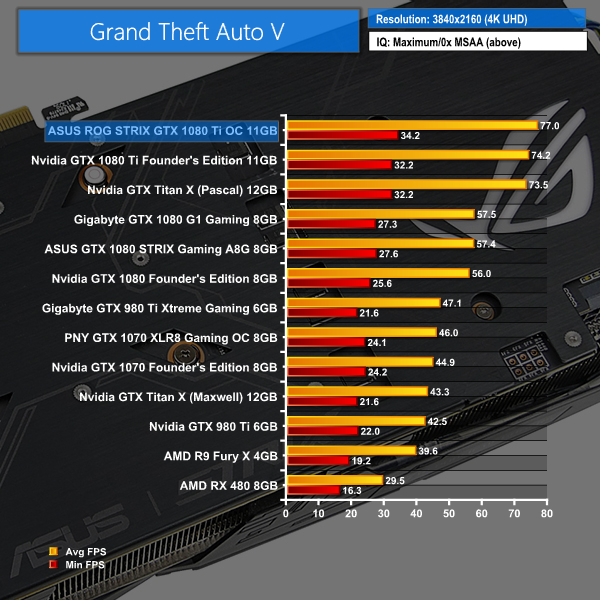 A reduction in CPU-induced limitations at 4K sees the ASUS GTX 1080 Ti comfortably pulling into first place for GTA V. With an average frame rate of 77 FPS, GTA V is playable at 4K with a single GTX 1080 Ti and maximum settings, even if there are dips at certain points. ASUS’ overclocked ROG STRIX model is 3.8% faster than the Founder’s Edition card, on average, at 4K.

Our recordings show a pretty much constant core frequency of 1949MHz throughout the GTA V benchmark runs at 4K for the ASUS card.