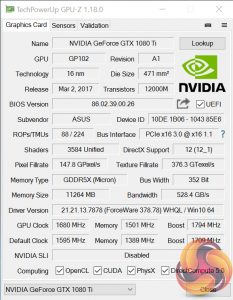 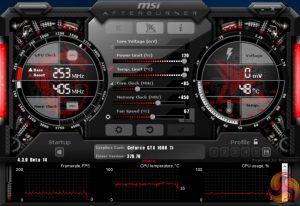 Our best overclocking result gave a +85MHz increase to the GPU Core frequency and +450MHz (+0.9GHz effective) for the GDDR5X VRAM. To achieve these values, we increased the board’s allowable power delivery by 20% and set a higher fan speed to eliminate thermal throttling (though our 67% value was far higher than necessary). 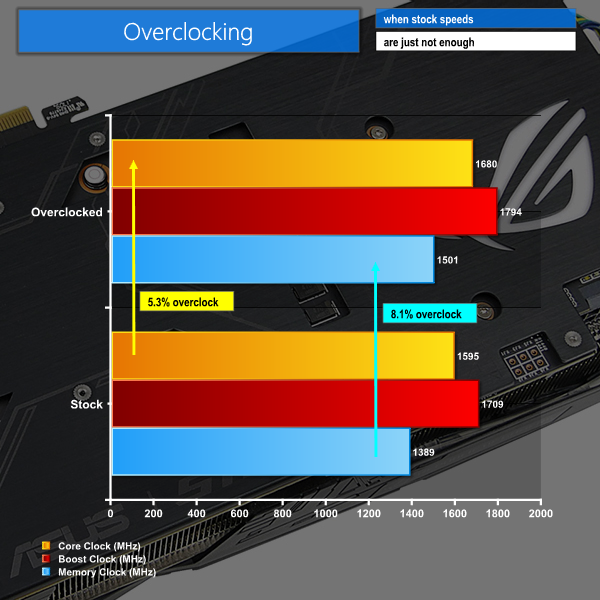 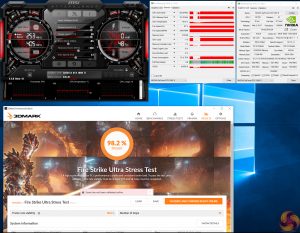 Our overclocking result for ASUS’ ROG STRIX GTX 1080 Ti OC was noticeably better than what we achieved with the Founder’s Edition board. This seems to be a direct result of the improved power delivery solution for ASUS’ card, as well as the vastly superior cooler.

The core frequency was practically locked at 2050MHz throughout our testing with multiple runs of the Gears of War 4 and Rise of the Tomb Raider benchmarks at 4K, in addition to the 4K 3DMark Fire Strike Ultra test. As confirmed by ten runs of the Fire Strike Ultra Stress Test, the card was perfectly happy with its 2050MHz operating core frequency and 12GHz GDDR5X VRAM. 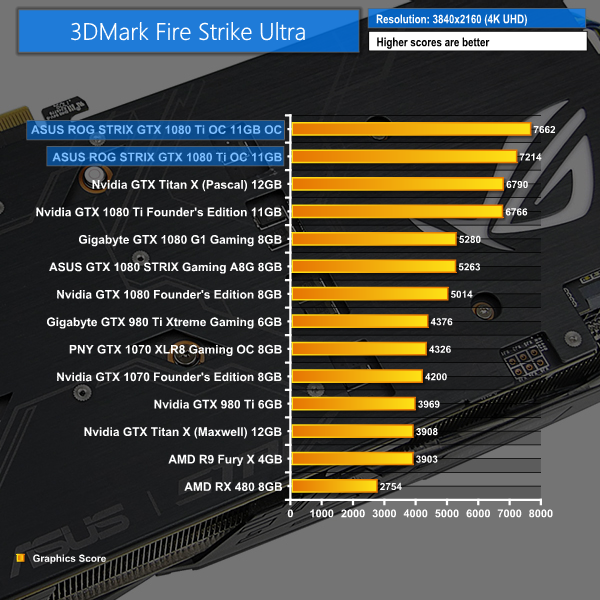 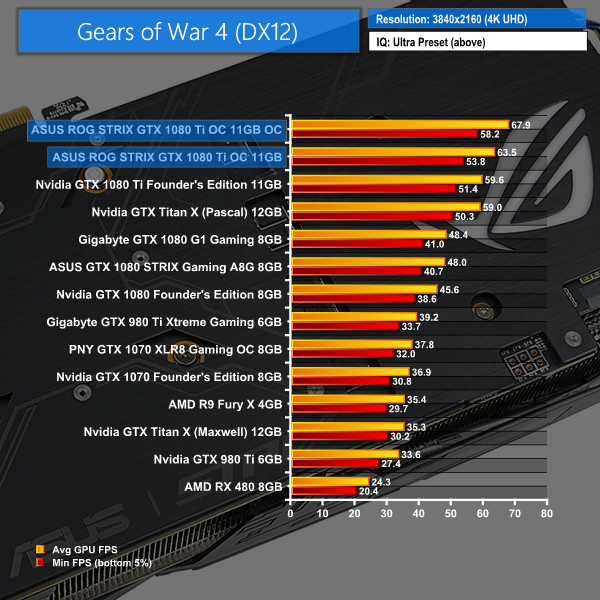 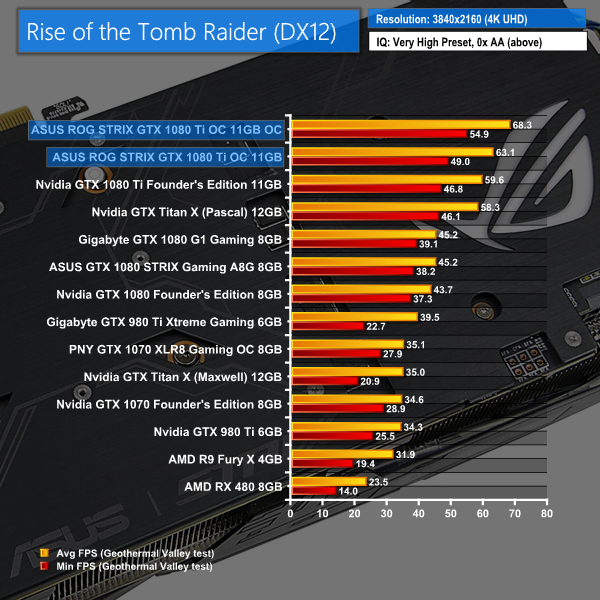