Note: 4K data showed a performance change likely due to a game update. As such, we removed invalid data and re-tested the Titan X (Pascal) to compare against the GTX 1080 Ti FE. The differences at 1440P and 1080P were within margin of error of the test procedure and therefore the previously gathered data remains. 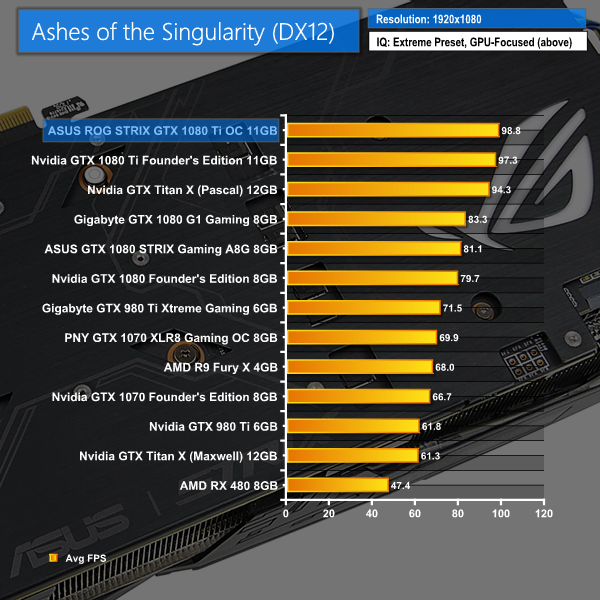 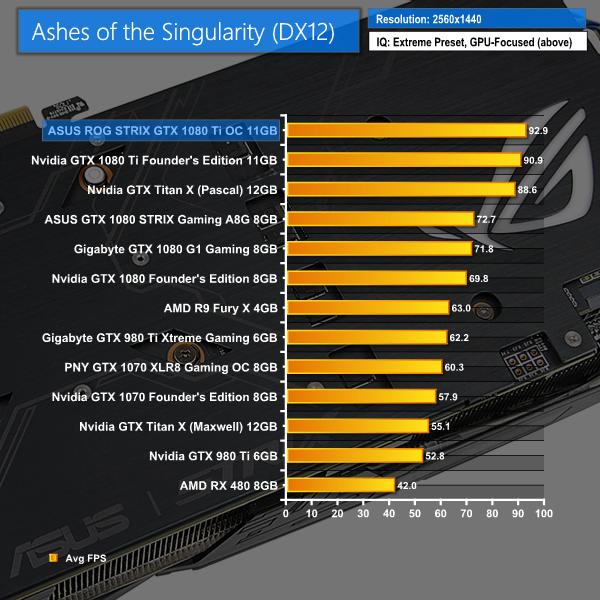 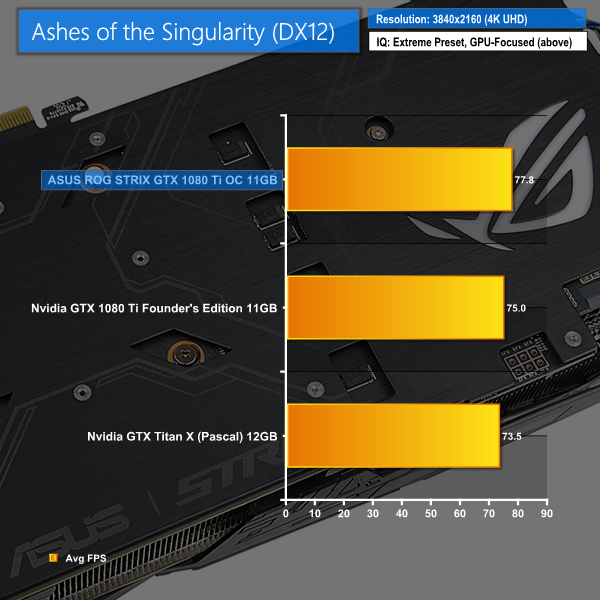 A clean-sweep of chart-topping displays by the ASUS ROG STRIX GTX 1080 Ti OC in Ashes of the Singularity. At 1440p, the ASUS card is 2.2% faster than the Founder’s Edition. That lead increases to 3.7% at 4K.

Clock speed for the ASUS card was generally around 1936-1962MHz, with fluctuations above and below, throughout the 4K benchmark run.