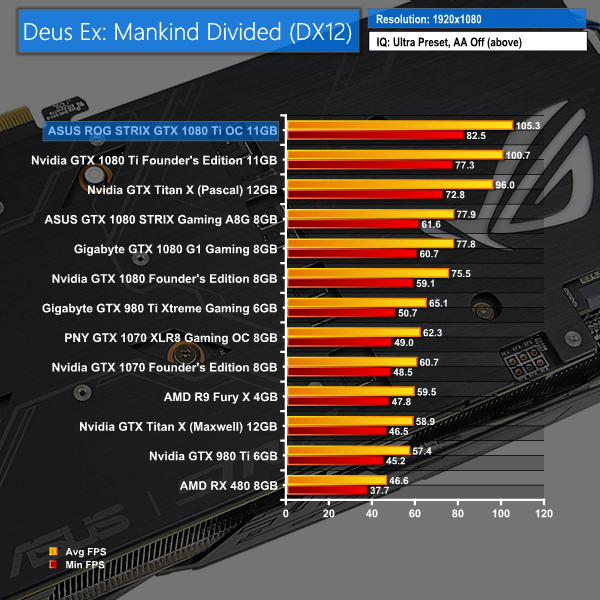 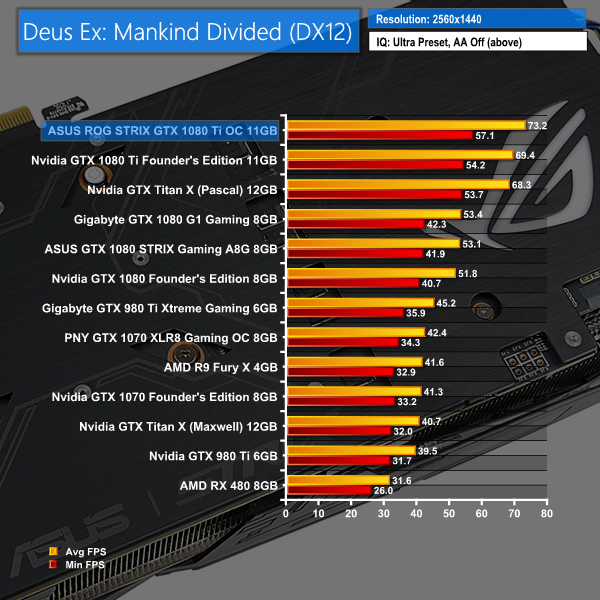 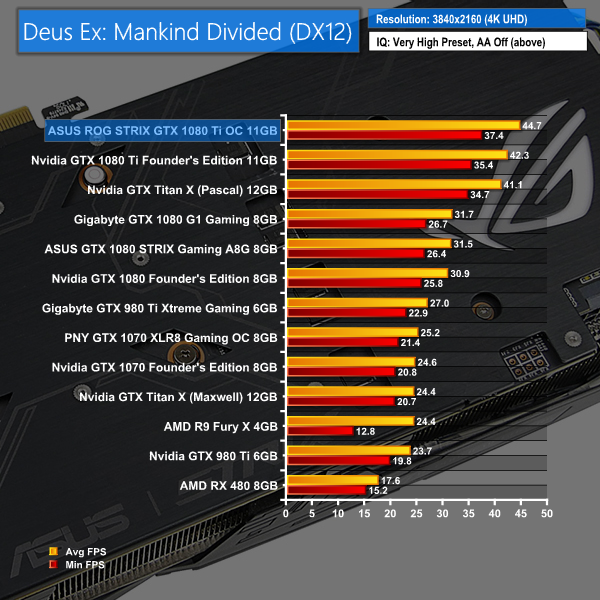 Deus Ex: Mankind Divided pins the ASUS card in top place for all tested resolutions. On average, ASUS’ factory-overclocked, custom-cooled board is 5.5% faster than the GTX 1080 Ti FE at 1440P and 5.7% better at 4K.

A clock speed of 1949MHz seemed to be constant throughout the 4K benchmark run, with very few fluctuations above or below that level.