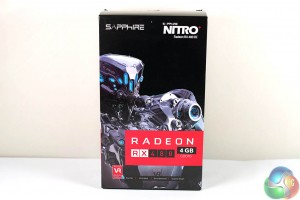 Sapphire ship the Sapphire RX 480 Nitro + OC 4GB in a relatively small, oblong box which features a high resolution image of a robot on the front. 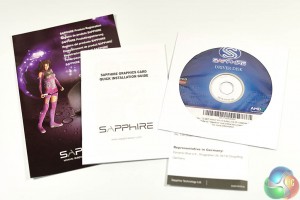 Inside the box, along with the card is some literature on the product, as well as a software disc. We always advise readers to get the newest graphics card drivers from the AMD website. This will ensure you are running with the latest bug fixes and performance enhancements. Sadly Sapphire’s TriXX V3.0 was still in development and unavailable during our review process. 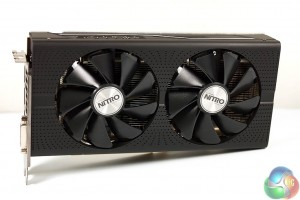 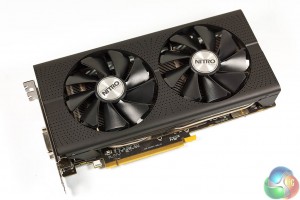 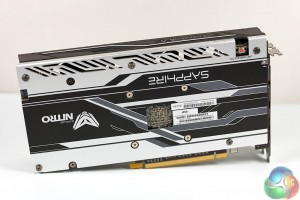 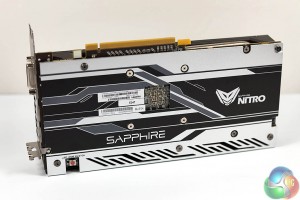 We like the appearance of the Sapphire RX 480 Nitro + OC 4GB. Sapphire are using two 95mm dual bearing fans in parallel. They claim they are 10% quieter than the previous generation. 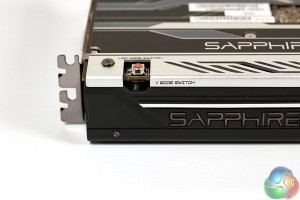 It makes sense for Sapphire to include LED lighting with their newest iteration of the Nitro+ cards. In practice it works very well, up at the level we would expect from the company. We look forward to playing with TriXX 3.0 at a future date, when it becomes available. 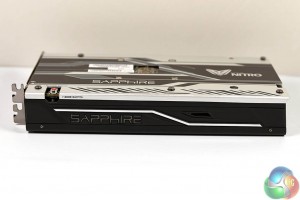 The Sapphire RX 480 Nitro + OC 4GB takes power from a single 8 pin PCI e connector at the end of the card. 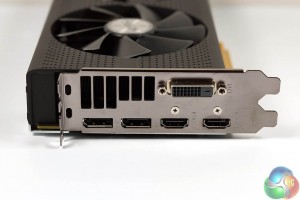 These are the first non-ASUS RX 480 samples we have seen to include two HDMI ports. One DisplayPort is removed in exchange, which seems a good move to me. This is to support users who want to run VR headsets and a TV via their card. 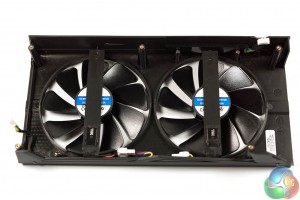 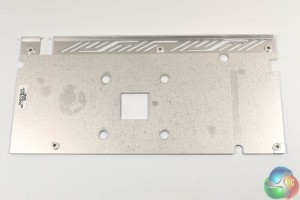 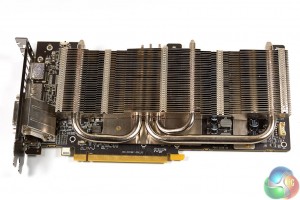 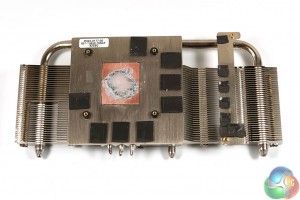 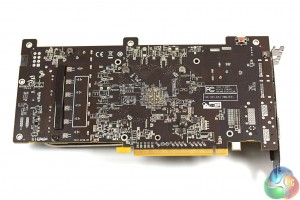 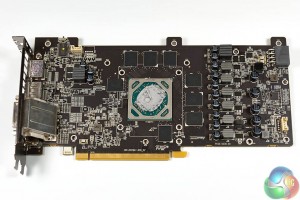 The cooler shroud can be removed once all the screws are taken out of the PCB. We see above the dual fans mounted in the plastic shroud. The backplate covers the rear of the PCB, which is a dark brown. The cooler is substantial, comprising multiple heatpipes which connect to the base which cools both the core, memory and VRM’s. The 4GB card is fitted with Hynix GDDR5 memory.

UPDATE 28th July: We noticed that the 4GB model has 6 GPU phases and 2 memory phases, while the 8GB model appeared to have one less GPU phase. We spoke with Sapphire who referred us to an engineer in the company. He said that our particular 4GB sample was made before the 8GB version and indeed has an extra phase on the PCB. It is apparently disabled in the BIOS – giving a total of 5 GPU phases and 2 memory phases.