As I mentioned in our Asus RX 480 Strix Gaming OC review a short while ago, these RX 480 reviews were delayed a little as we experienced some issues with the target temperature settings via AMD’s WattMan. From time to time on specific reboots the target temperature would switch from 65c to 75c and then vice versa. Sapphire confirmed an issue has been flagged with AMD regarding this. 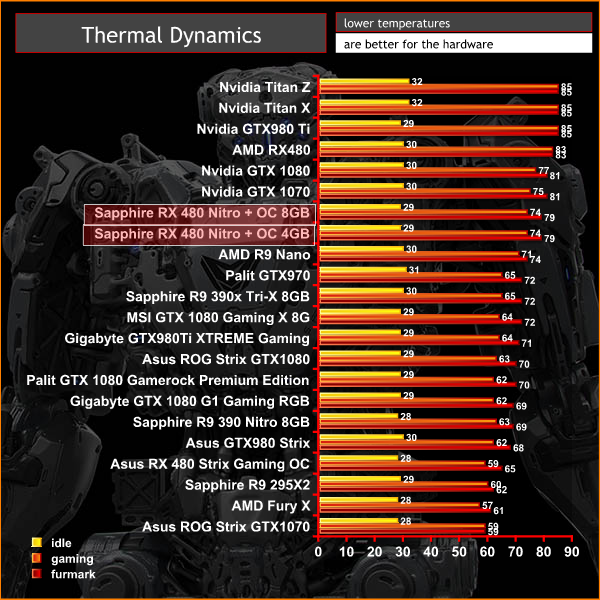 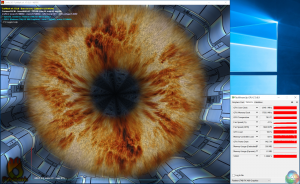 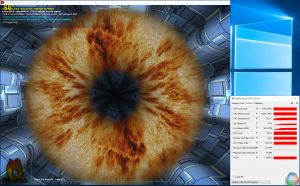 With the target temperature set at 75c, Furmark pushes the cooling system more than any game, and we recorded 79c from both cards. This is not ‘real world’, but we always include it, out of interest. When gaming, the profile worked fine and the temperatures held around 74c under extended gaming load. 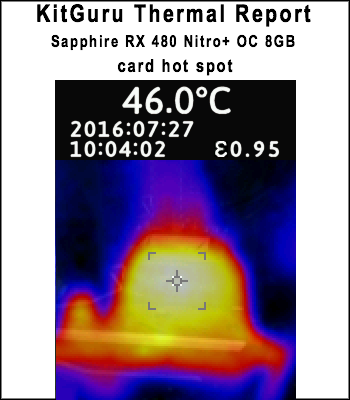 Both cards delivered close to the same results, within 1c and on the same board location. The backplate works well by spreading out the hotspots across the full length of the PCB.