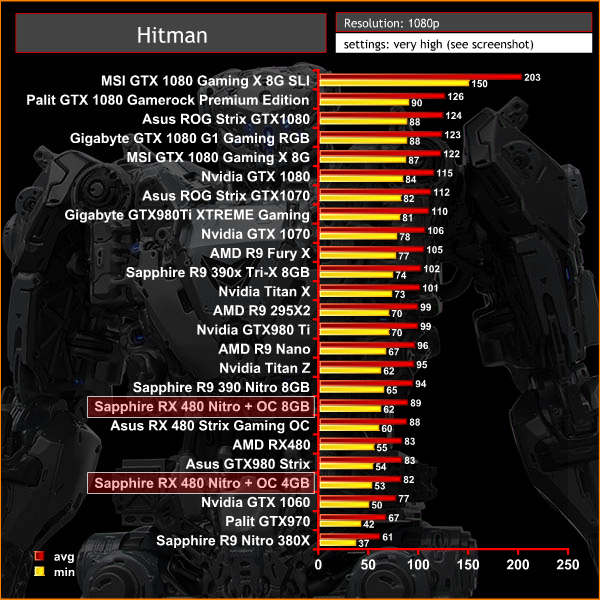 No problems powering this engine at 1080p. The 8GB shows the benefit that it can run at a constant 60fps+, where as the 4GB, slower card drops to just above 50fps from time to time.