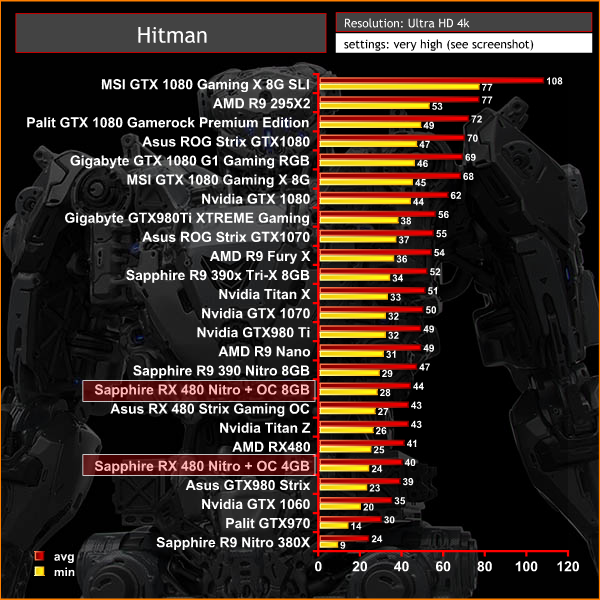 Both cards run out of horsepower at 3,840×2,160 but the 8GB card is able to keep the minimum frame rate above 25 at all times, the absolute bare minimum for semi smooth motion.