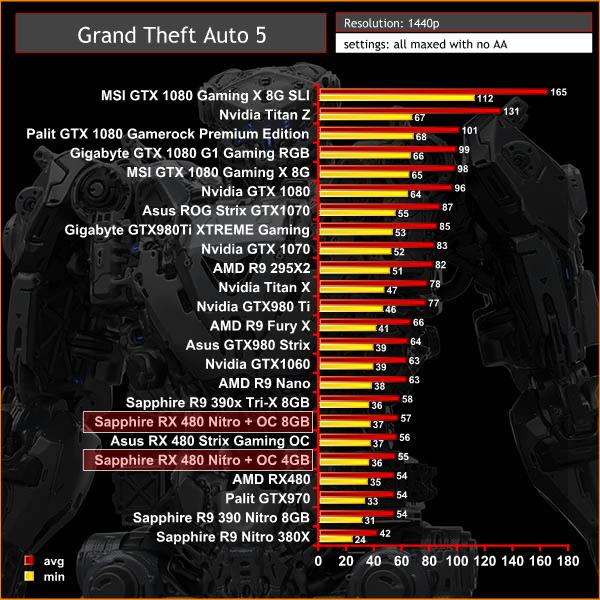 1440p proves demanding for the RX 480, although we would consider the 8GB Nitro+ OC playable, even at these settings. A few tweaks in the game engine would get the frame rate closer to 60 at all times.