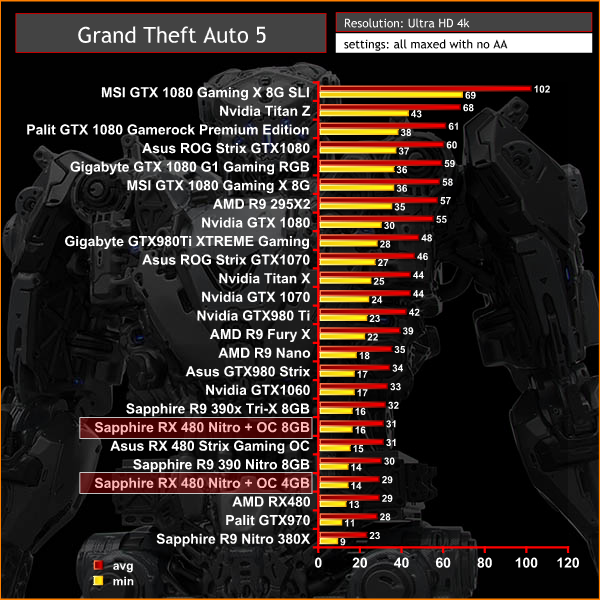 Ultra HD 4K is really only included as a matter of interest for the RX 480, it is not meant to be running with maxed out image quality settings at 3840×2160. Only the GTX 1080 cards could be considered playable, and ideally you would want two of them to get a solid 60fps. Yes thats £1,300-£1,400 to get a smooth gaming experience at 4k with all the image quality settings on high. High resolution gaming isn’t cheap.