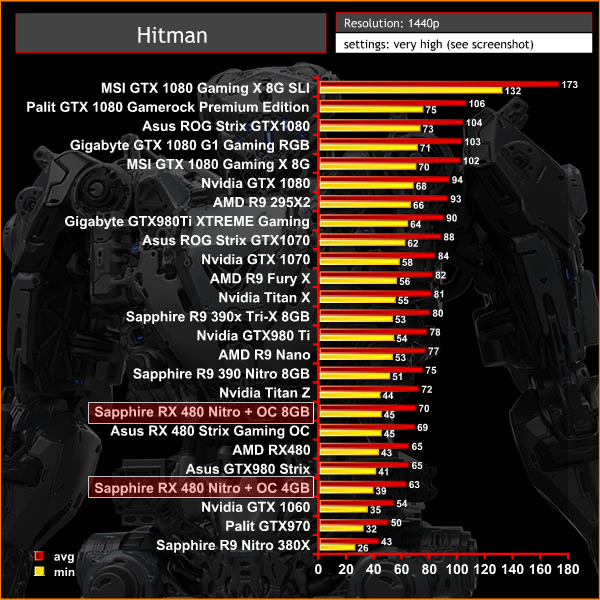 The engine runs smoother on the 8GB card, holding an average of 70 fps, dropping to 45 fps a few times. The 4GB card is around 5-7 fps slower.