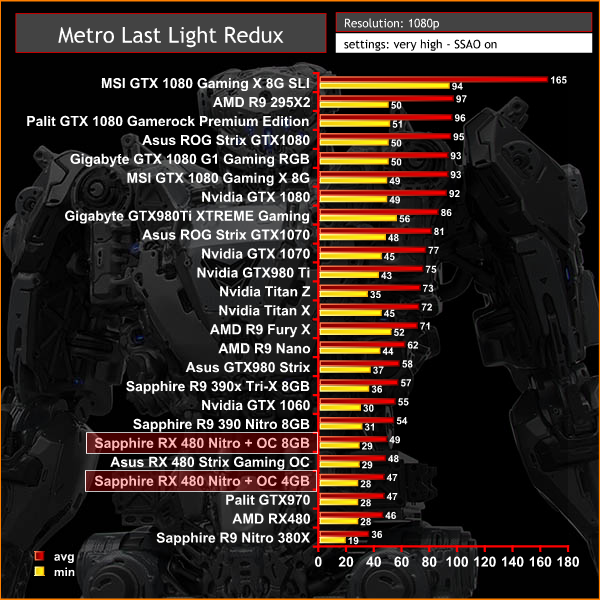 The GTX 1060 has a small advantage at these settings, although we wouldn’t consider the GTX 1060 or RX 480 a wonderful gaming experience here. Running with slightly reduced image quality settings would be advised.