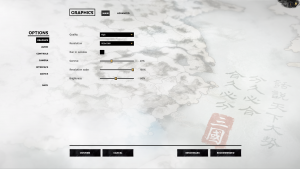 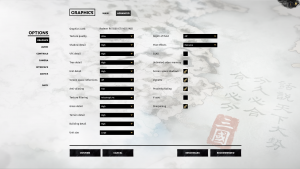 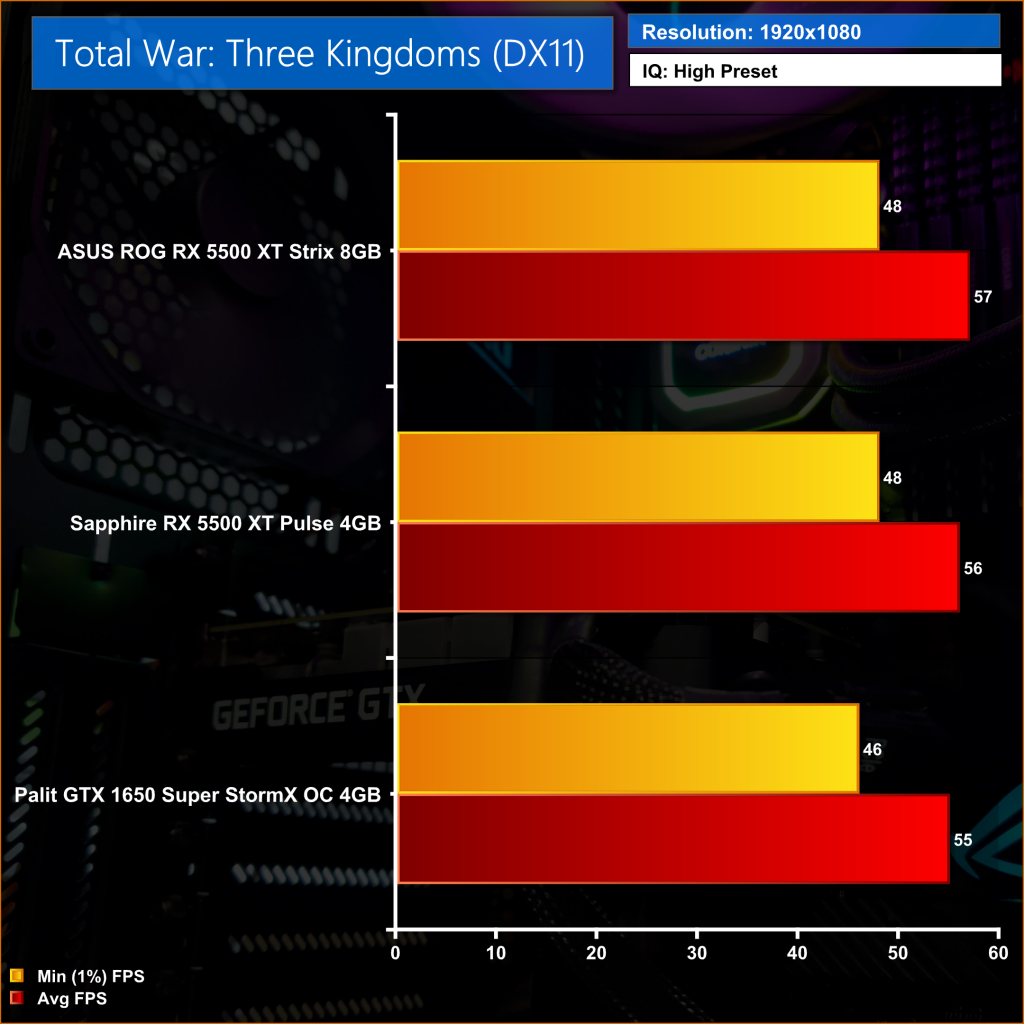 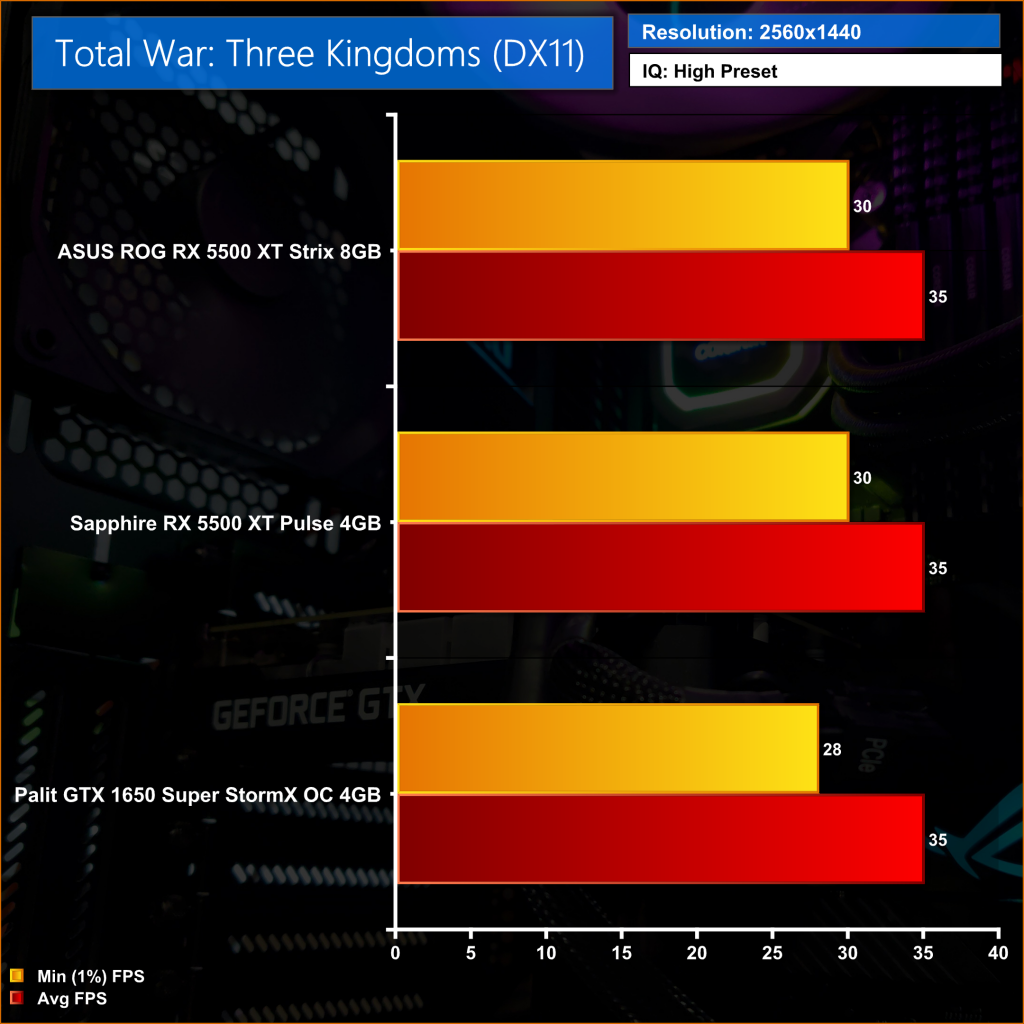 Finally, we close with Total War: Three Kingdoms. Once more, there is very little to split between these GPUs, with just a 2-frame difference between top and bottom at 1080p. It's another tie, and perhaps a fitting end to this round of benchmarking.