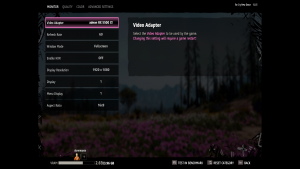 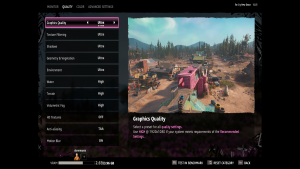 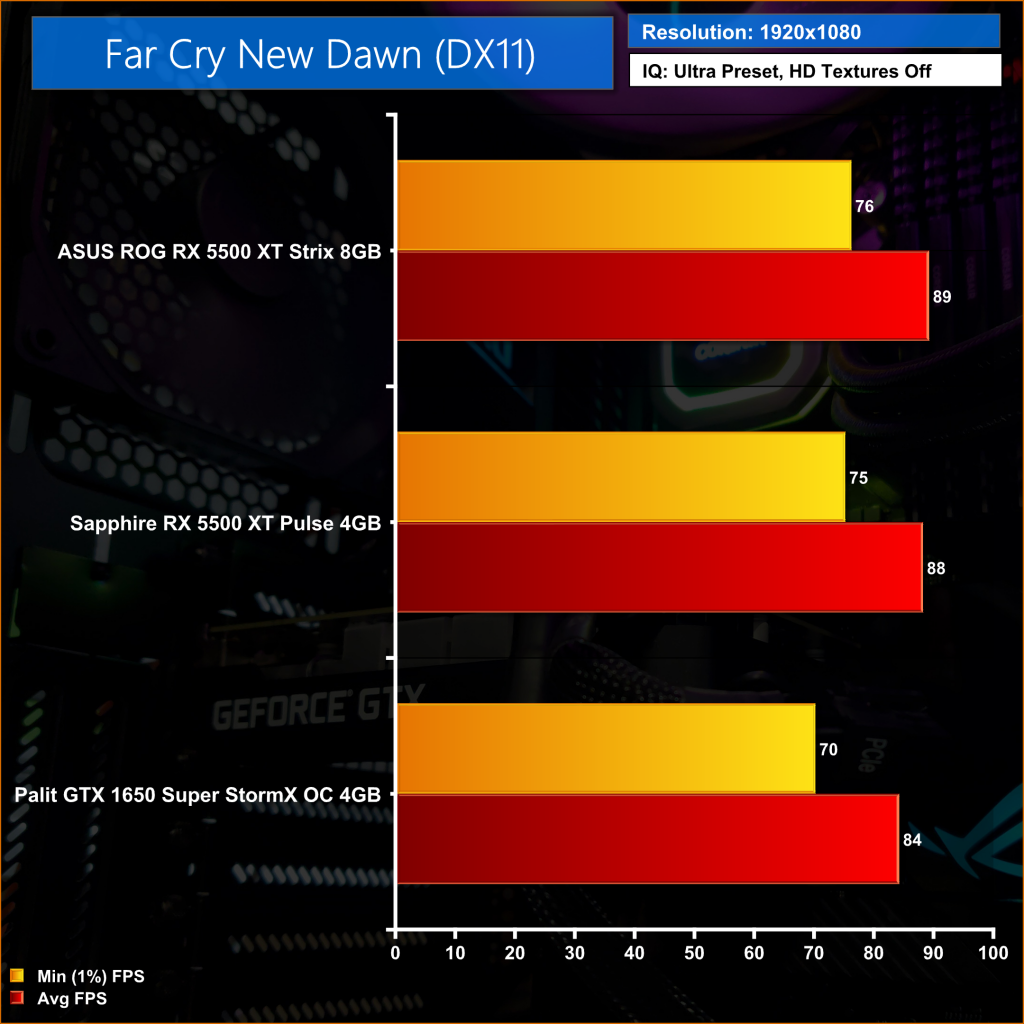 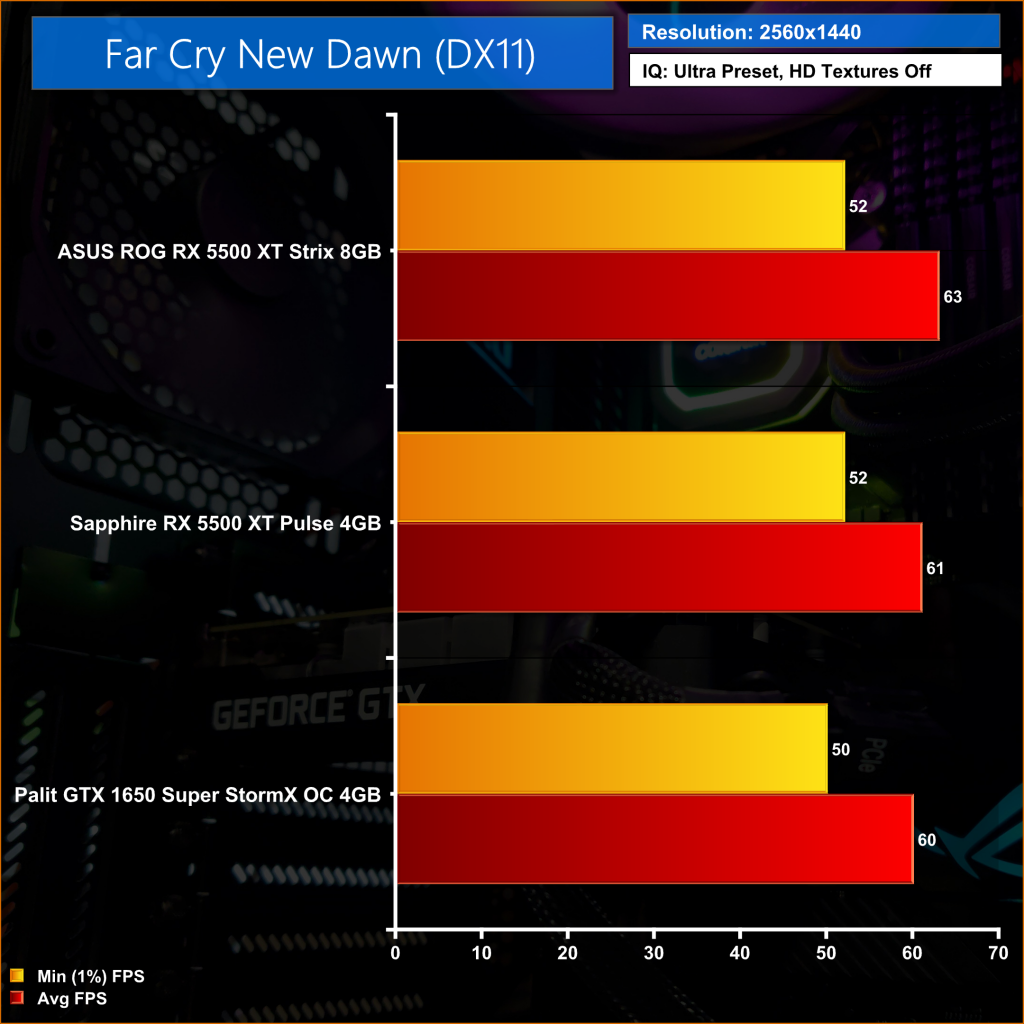 As for Far Cry New Dawn, the trend is pretty similar to F1 2020 or The Division 2, with both AMD GPUs performing about the same, but still around 5% faster than GTX 1650 Super at 1080p. Even using Ultra settings in this one, all three cards are pushing over 80FPS and we're not seeing any real difference between the 4GB and 8GB 5500 XTs.