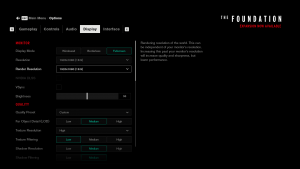 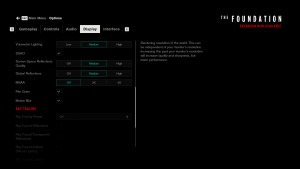 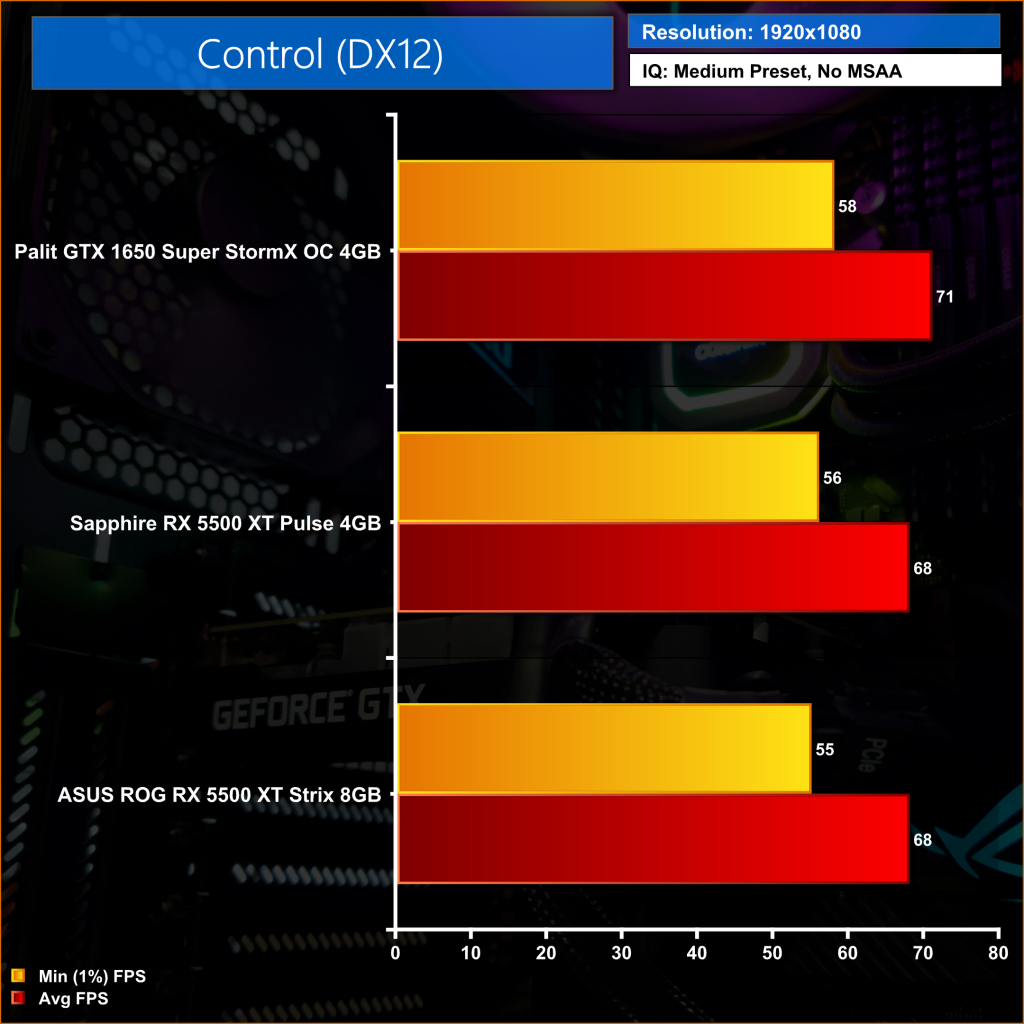 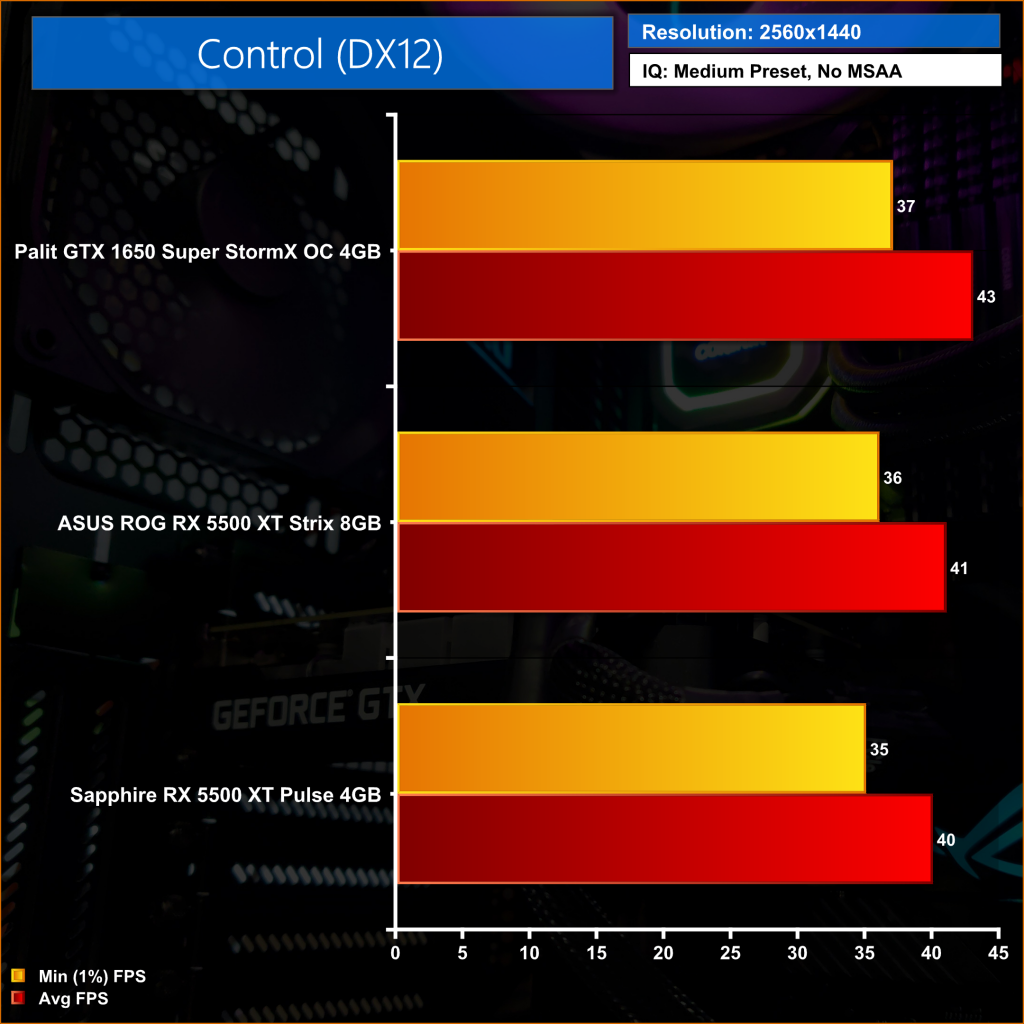 Up next is Control, a demanding title for even high-end GPUs. It only has three image quality presets – low, medium and high – so we test with the Medium preset at High is going to be to much for this calibre of GPU to handle.