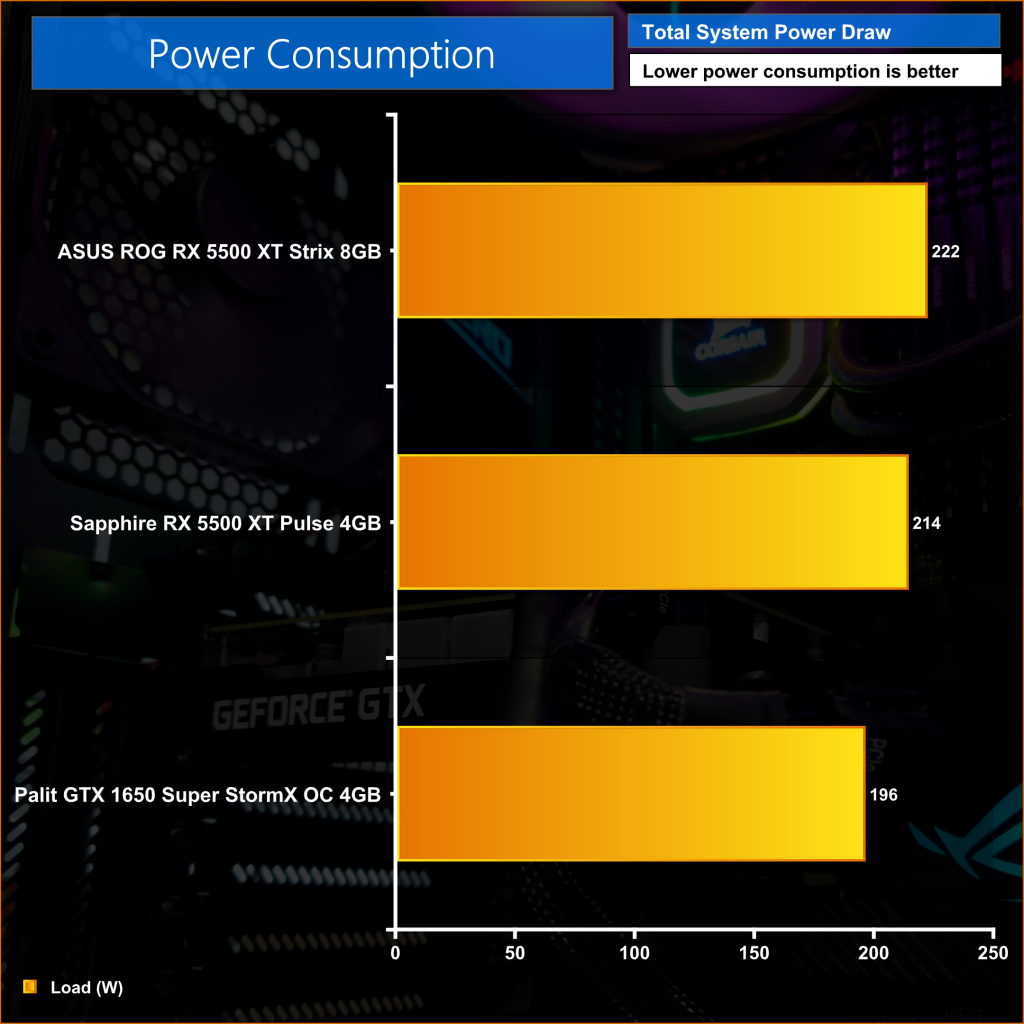 Finally, power consumption is pretty close between all three cards. The 5500 XTs draw a touch more power than the 1650 Super, but the difference isn't greater than 30W so it's hard to really complain about. Nvidia's GPU is more efficient, but when the margins are so fine, it really doesn't make much difference in the grand scheme of things.