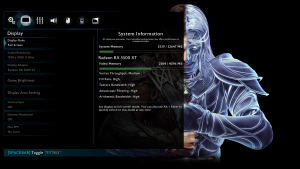 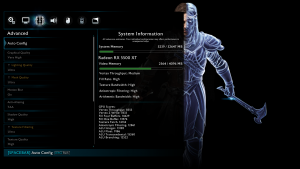 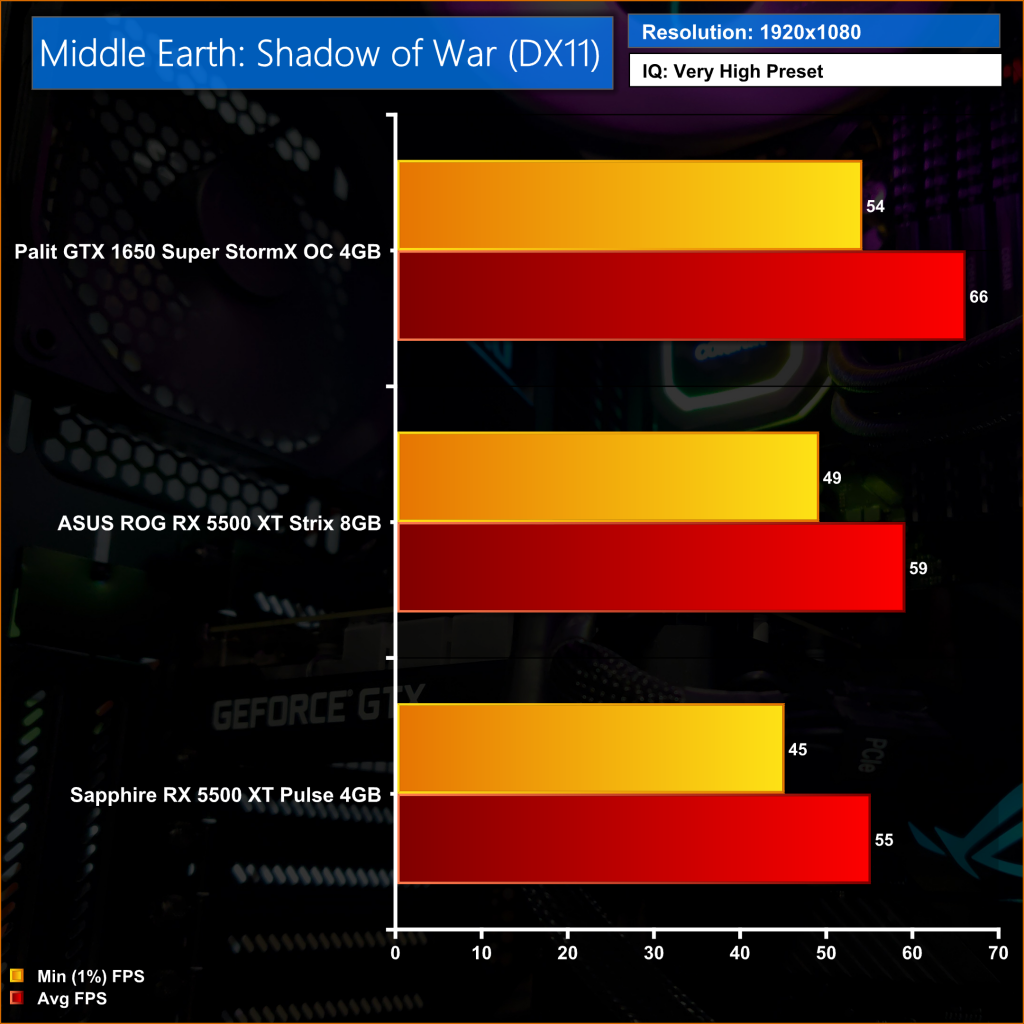 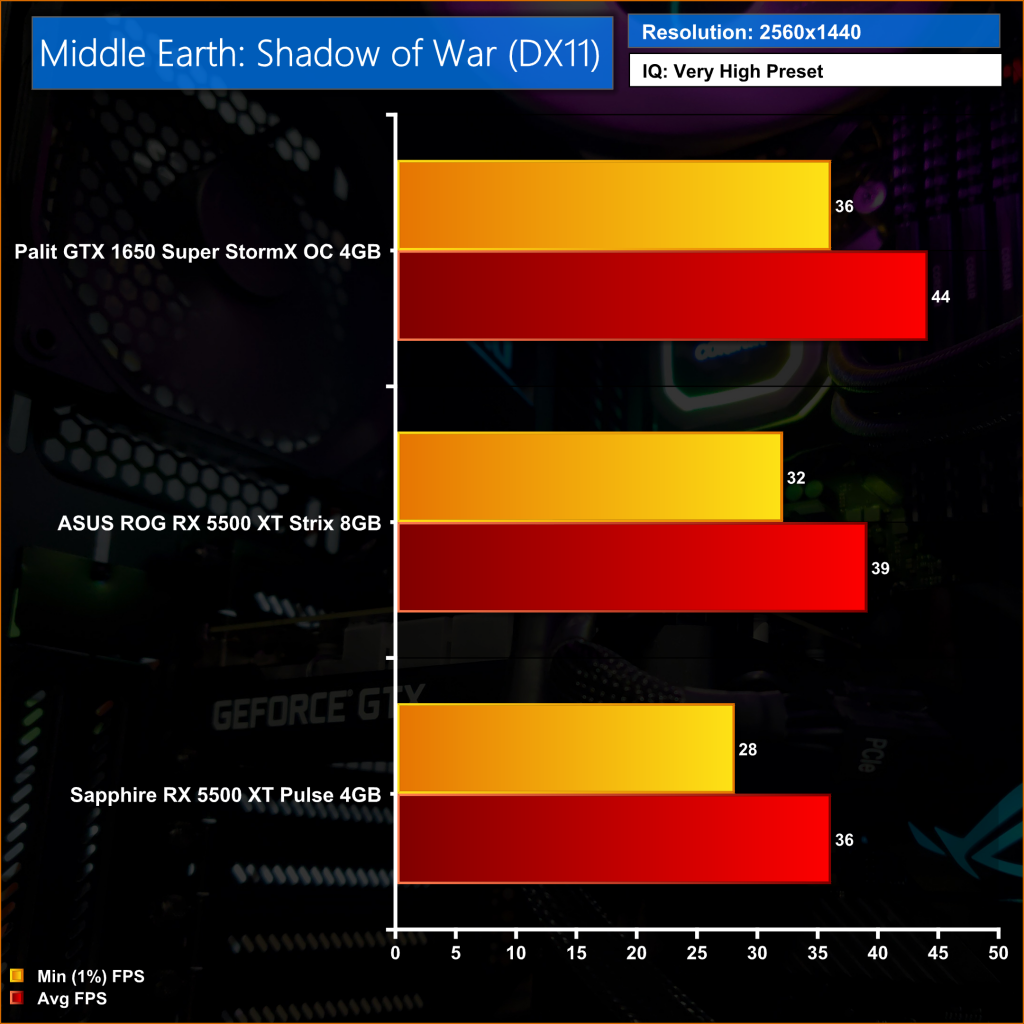 Moving on, Middle Earth: Shadow of War is another game producing interesting results, as Nvidia's GTX 1650 Super does exceedingly well, coming in 12% faster than the 8GB 5500 XT. Furthermore, the 8GB GPU also pulls 7% ahead of its 4GB brother, suggesting that memory capacity is a limited factor in this game. Yet, despite that, the 4GB 1650 Super still does very well – so again, as we saw in Ghost Recon Breakpoint, it seems the smaller frame-buffer hurts the AMD GPUs more than the Nvidia-based card.