Tom Clancy's Ghost Recon Breakpoint is an online tactical shooter video game developed by Ubisoft Paris and published by Ubisoft. The game was released worldwide on 4 October 2019, for Microsoft Windows, PlayStation 4 and Xbox One, (Wikipedia). 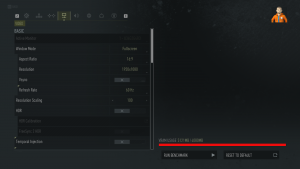 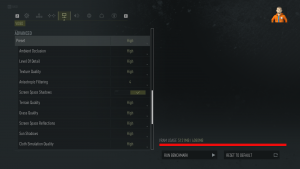 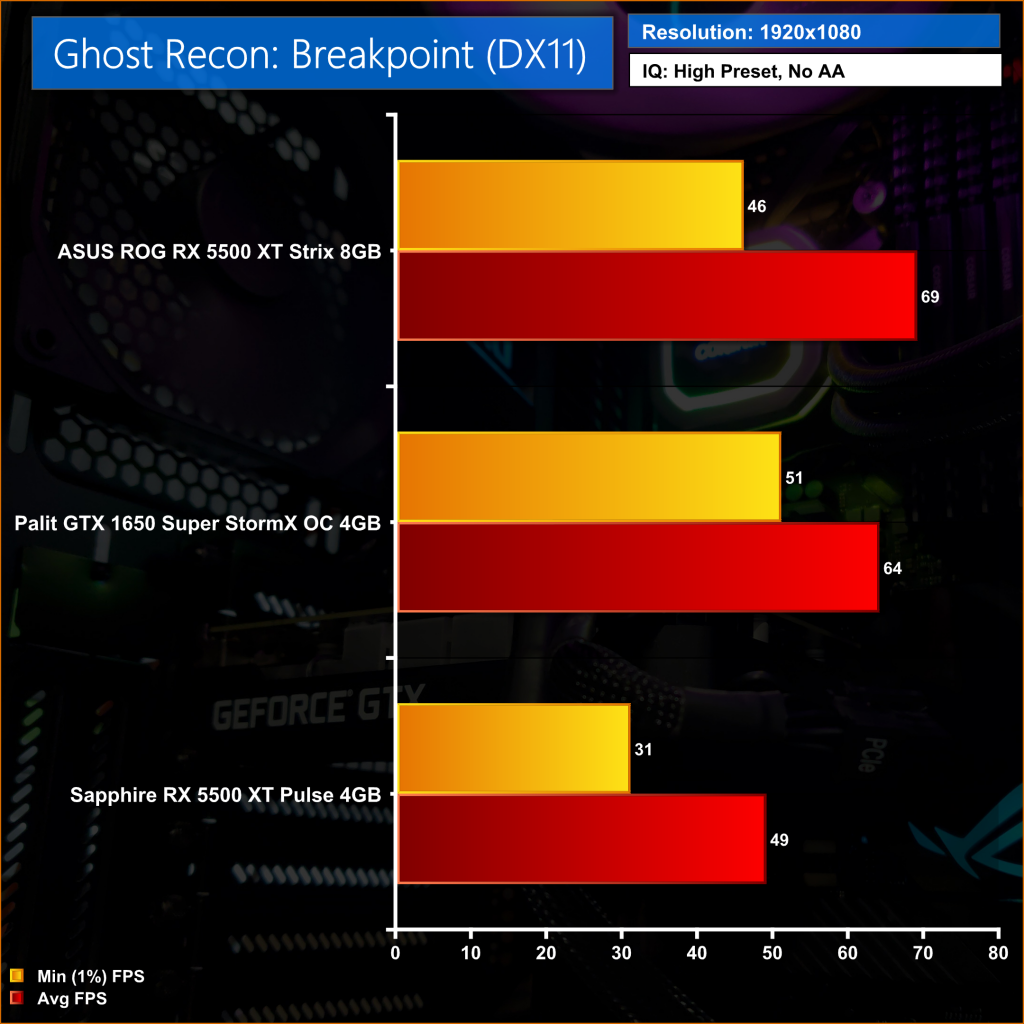 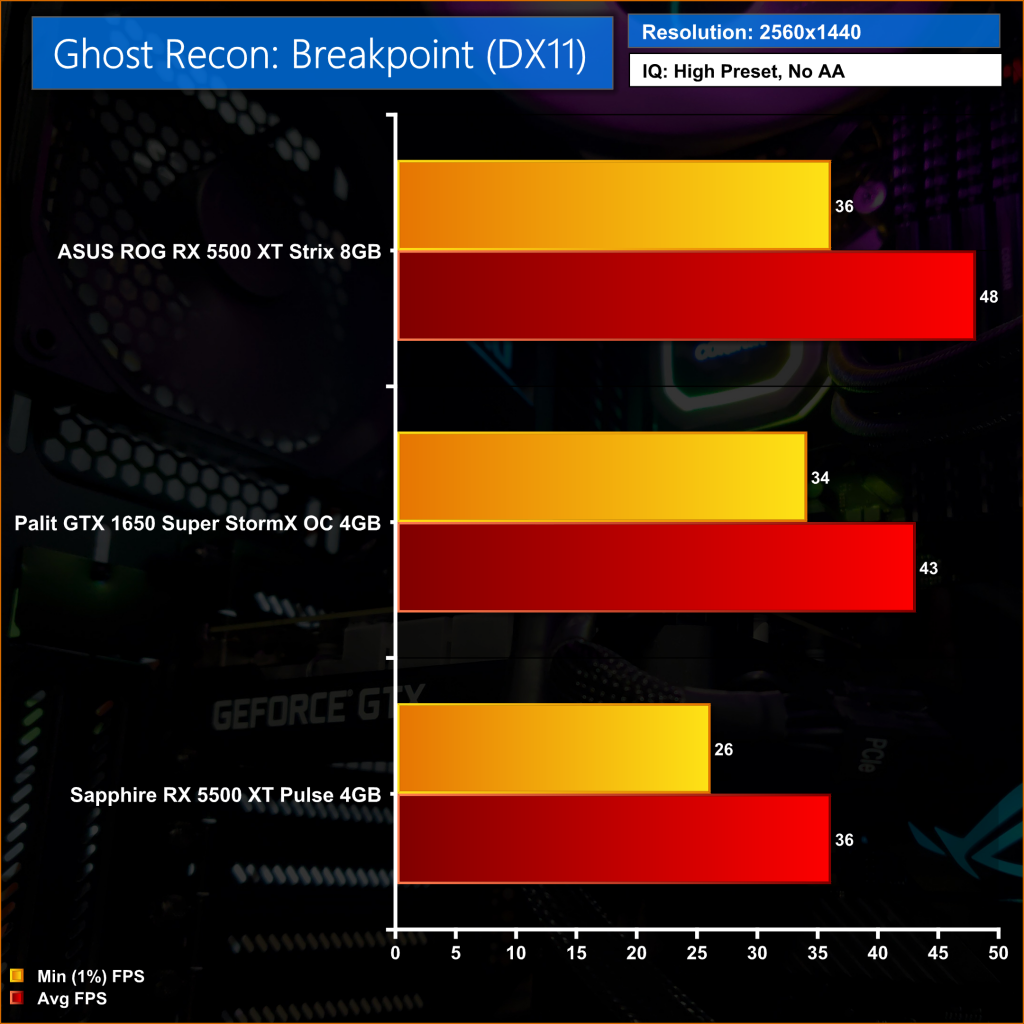 Things get very interesting in Ghost Recon Breakpoint. Despite the 4GB GTX 1650 Super doing well at 1080p – granted, the 8GB 5500 XT is still 7% faster – we see significant performance drop off from the 4GB 5500 XT, as it comes in almost 25% slower than the 1650 Super, with pretty poor 1% low performance. It seems the game definitely wants more than 4GB VRAM, but the Navi GPU pays a significantly higher price for this than its Nvidia counterpart.