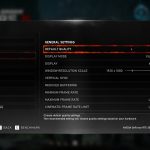 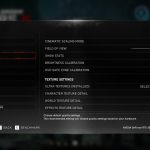 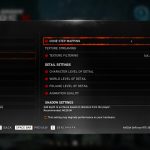 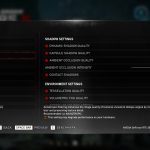 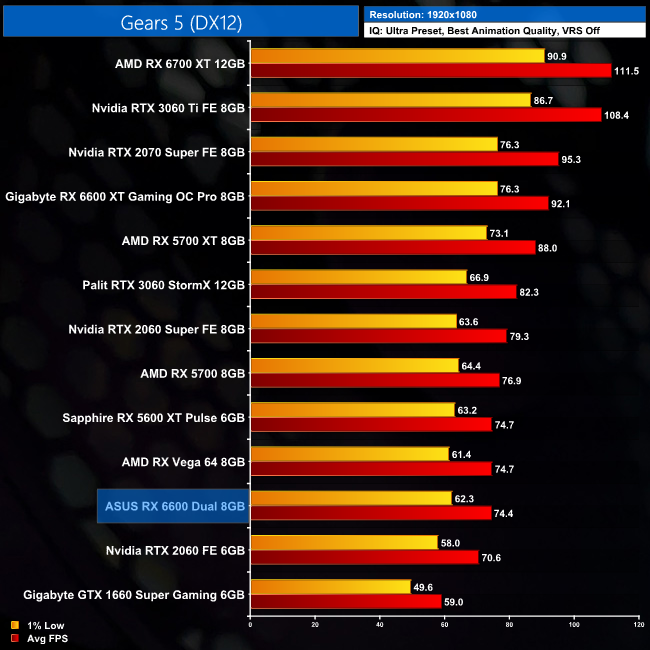 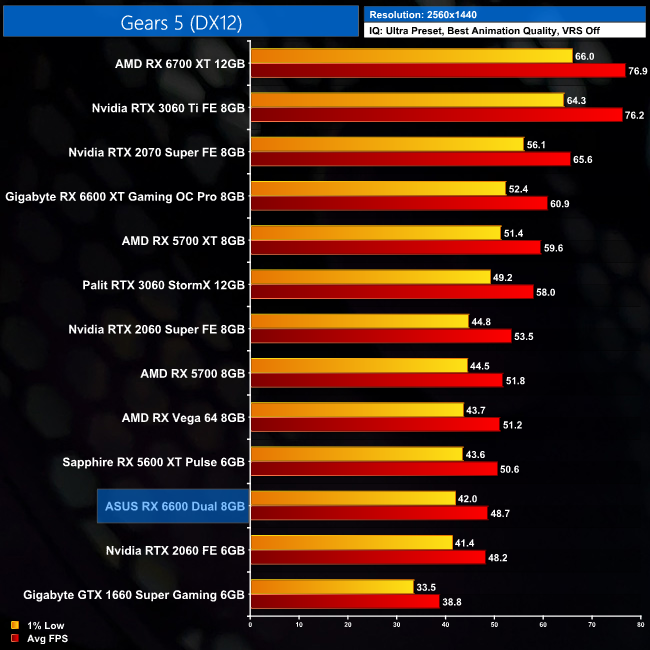 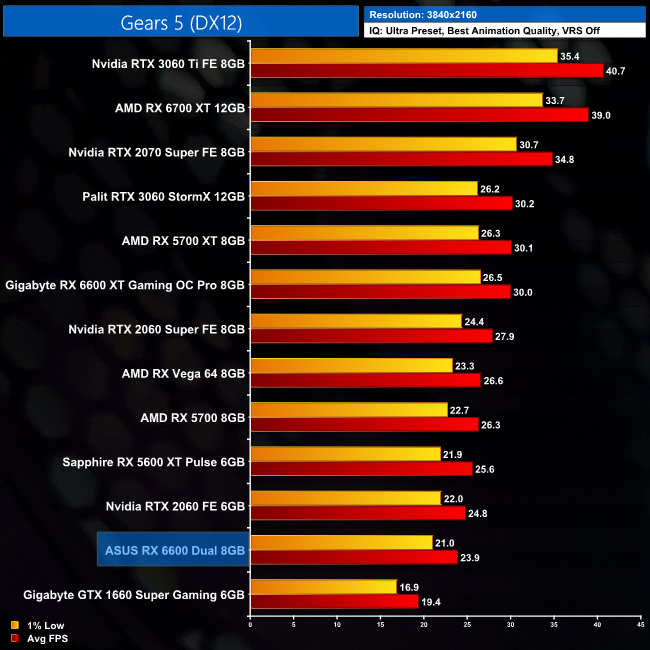 Looking now at Gears 5. despite this being an AMD-sponsored titled, the RX 6600 averages 74FPS which puts it 10% slower than the RTX 3060. It’s also just as fast as the RX 5600 XT, when really we’d be hoping for more almost two years on.