Horizon Zero Dawn is an action role-playing game developed by Guerrilla Games and published by Sony Interactive Entertainment. The plot follows Aloy, a hunter in a world overrun by machines, who sets out to uncover her past. It was released for the PlayStation 4 in 2017 and Microsoft Windows in 2020. (Wikipedia). 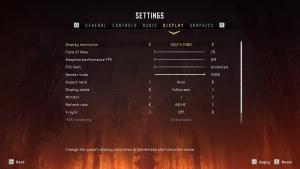 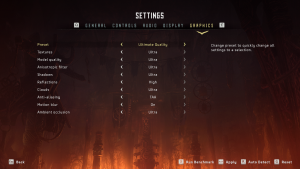 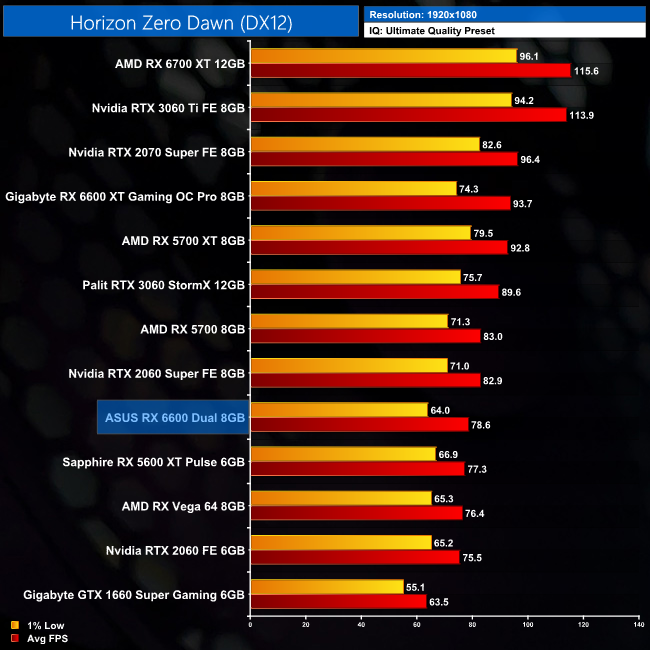 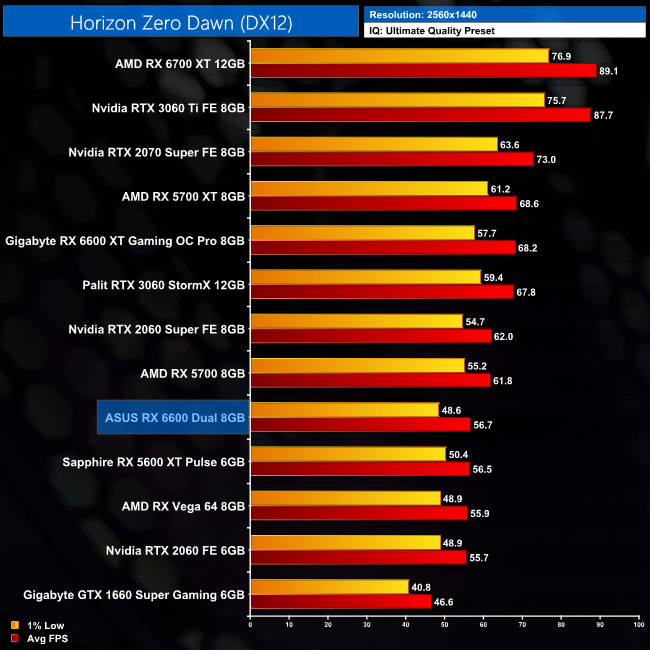 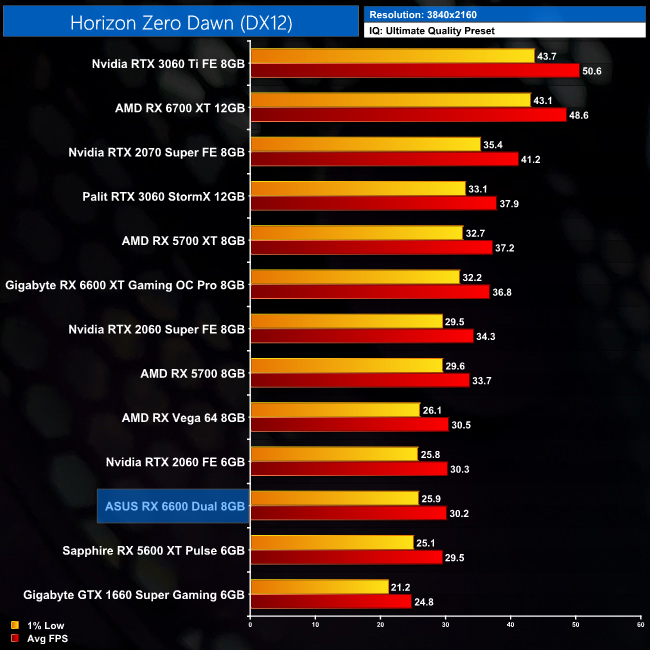 Next is Guerilla Games’ Horizon Zero Dawn, running on the Decima engine. Once again we’re seeing high frame rates at 1080p, with the RX 6600 hitting 79FPS using the highest quality settings. That’s still not enough for it to match the RTX 3060 though, as it comes in 12% slower.