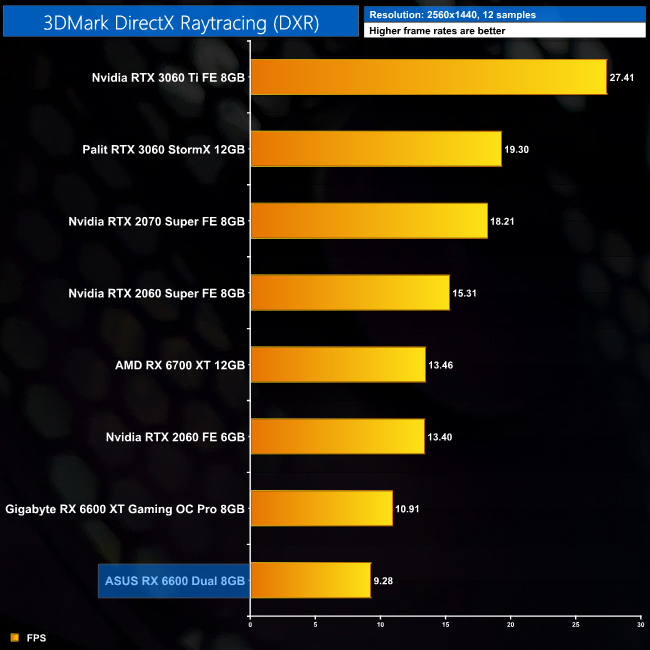 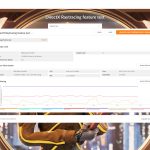 3DMark’s DXR feature test is an intensive benchmark that is entirely ray traced. We know from months of testing that AMD’s 1st generation of hardware accelerated ray tracing isn’t at the same level as Nvidia’s 2nd generation implementation found in its Ampere GPUs, so it’s not a surprise to see the 6600 sitting bottom of the pile, slower than even the RTX 2060 by a whopping 31%.