Following on from the launch of the RX 6600 XT back in August, today AMD has announced its newest GPU, the RX 6600 (non-XT). Using a cut-down version of Navi 23 silicon, AMD claims the RX 6600 offers ‘powerhouse performance for 1080p', with the company's first-party data showing this new GPU trading blows with Nvidia's RTX 3060. Today we put this new GPU through its paces, comparing it to a range of both current and previous-generation graphics cards.

As with the RX 6600 XT, there's no AMD reference design for the RX 6600, instead AMD is relying on its board partners to come up with their custom designs. Today's review focuses on two such cards – the ASUS RX 6600 Dual and the Gigabyte RX 6600 Eagle. Both are clocked at reference specifications – so there's no factory overclocking involved – though the Eagle uses a triple-fan cooler compared to the dual-fan design of the ASUS… Dual.

Still, we have a review to get on with, so today we are testing the RX 6600 over 12 modern games, comparing it to the likes of the RTX 3060, RX 6600 XT, RX 5600 XT and more. We also have extensive power and performance-per-Watt data, alongside the thermal and acoustic performance of these two custom cards. 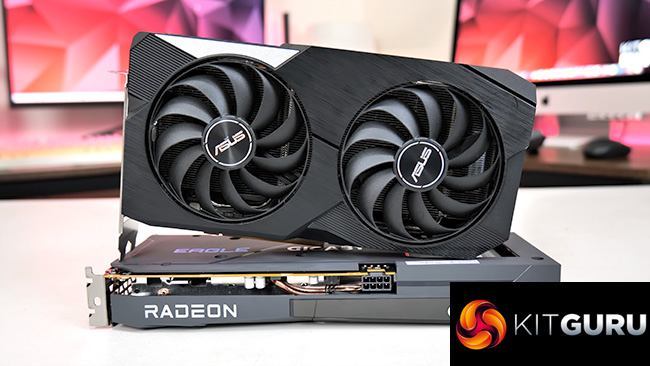 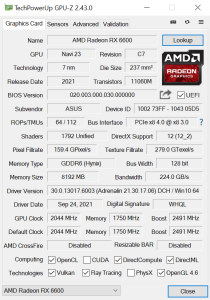 As for the memory configuration, this is broadly the same as the RX 6600 XT, meaning there's a narrow 128-bit memory interface paired with 8GB of GDDR6 memory. The memory itself is clocked slower however, at 14Gbps instead of 16Gbps, reducing total memory bandwidth by 12.5%, as it hits 224 GB/s. There is still 32MB of AMD’s Infinity Cache.

Lastly, total board power (TBP) is rated at 132W, a reduction of 28W, or 17.5%, compared to the RX 6600 XT. We are using our new GPU power testing methodology in this review, so read on for our most detailed power and efficiency testing yet.