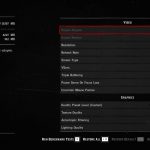 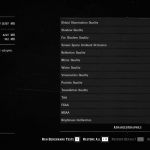 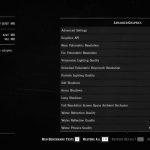 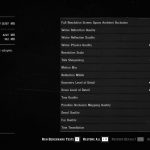 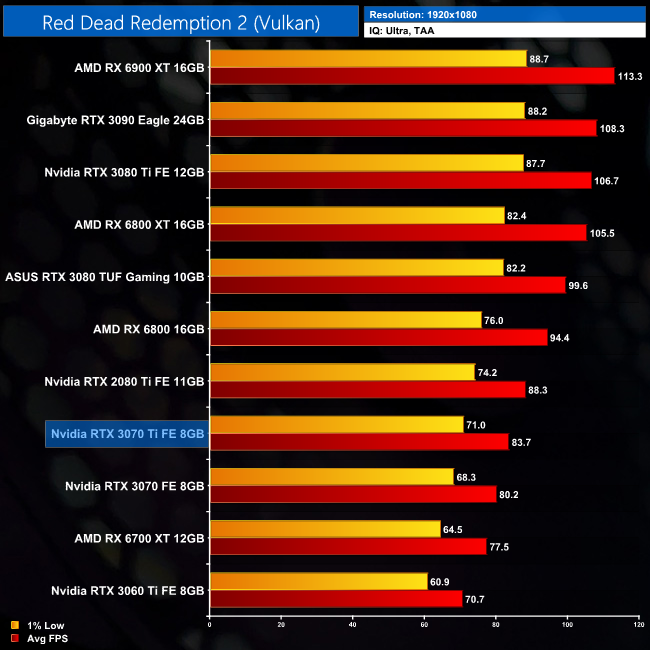 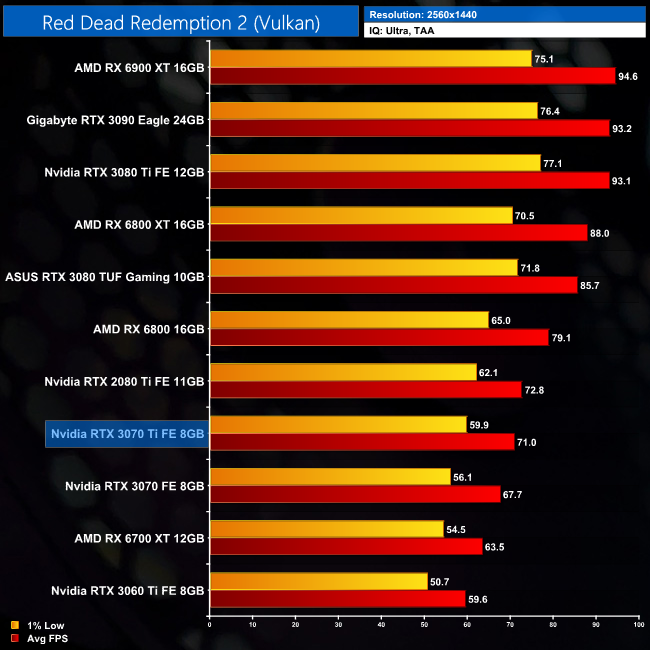 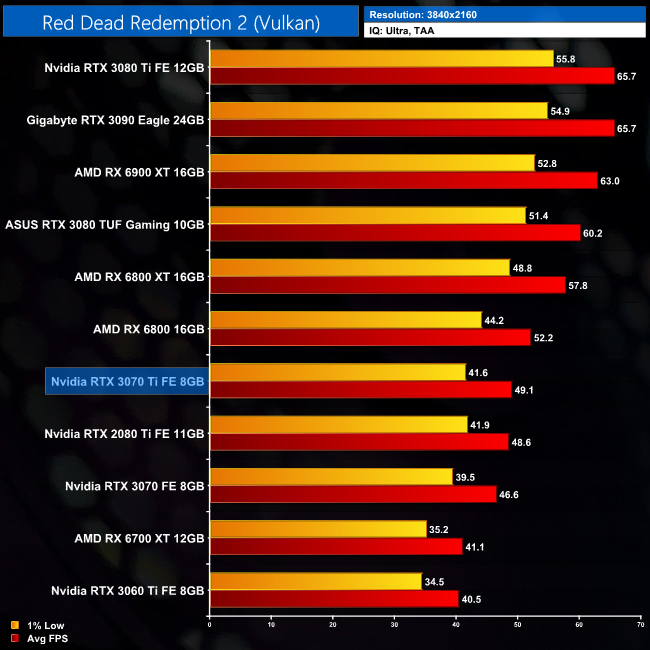 Next up we take a look at Red Dead Redemption 2, where the RTX 3070 Ti averaged 71FPS at 1440p. This makes it 5% faster than it’s non-Ti sibling, which is a fairly middle of the road result. Up against the RX 6800 though, Nvidia’s GPU is 10% slower at this resolution, which works out as difference of 8FPS.