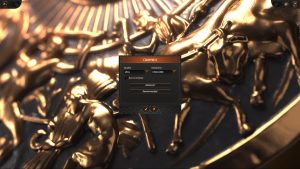 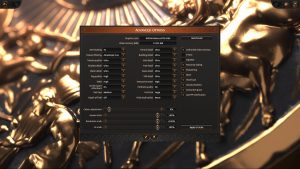 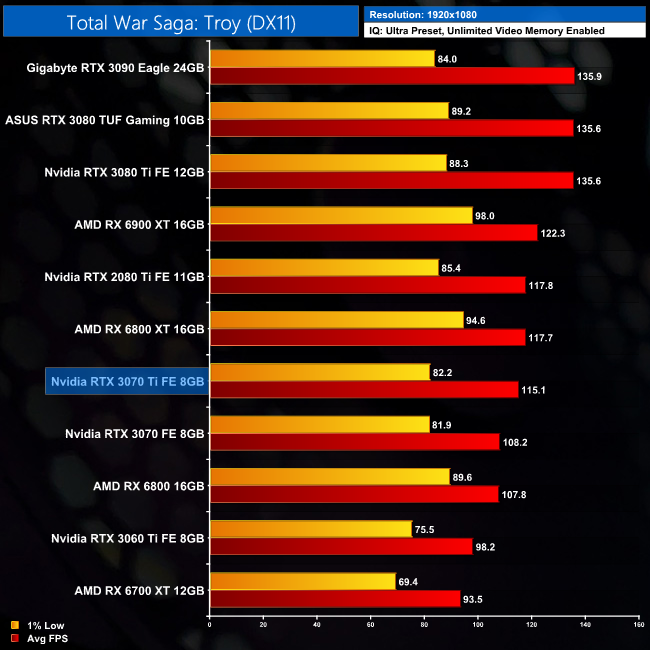 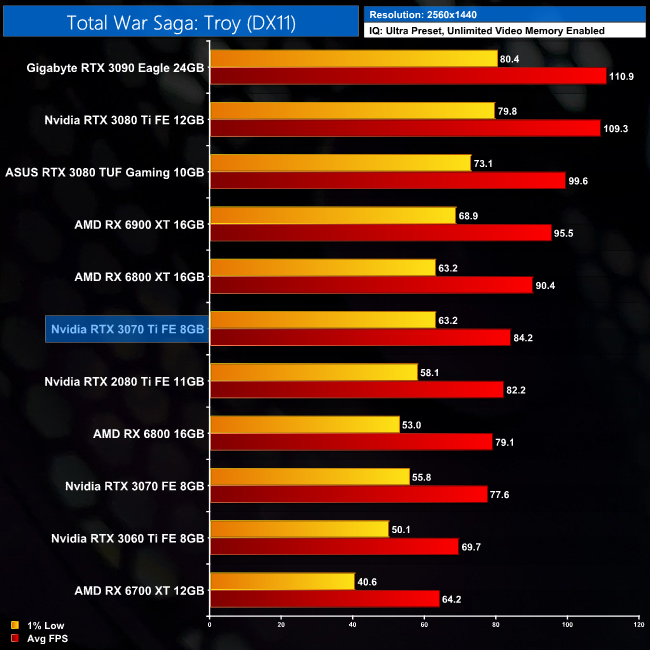 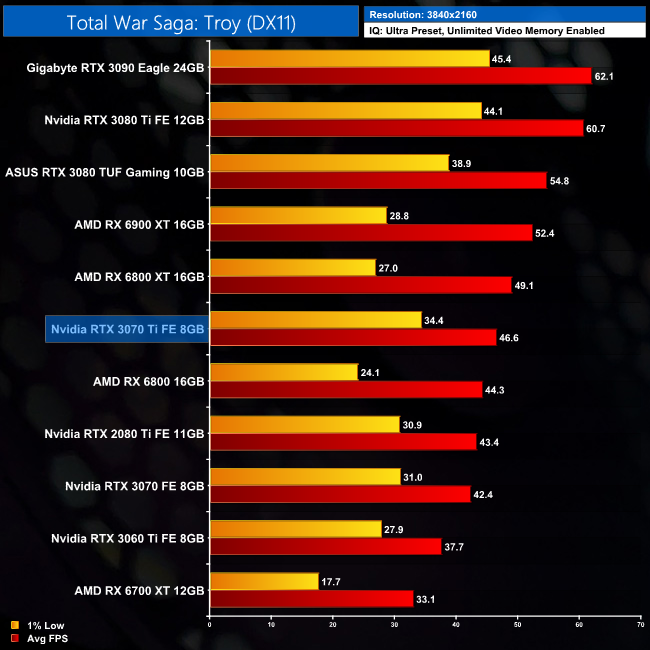 Up at 4K however, the 3070 Ti delivers an extra 10% performance when compared to the 3070, the single biggest improvement we saw across all of our testing. That also means the 3070 Ti is now 5% faster than the RX 6800 at this resolution.