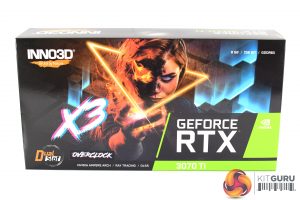 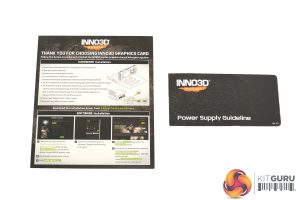 Looking now at the Inno3D RTX 3070 Ti X3 OC, this ships in an eye-catching box, though no image of the card is visible on the front. Inside, the only included accessories are a couple pieces of documentation. 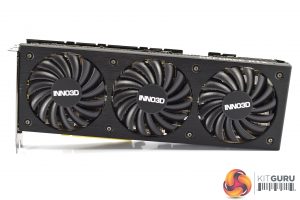 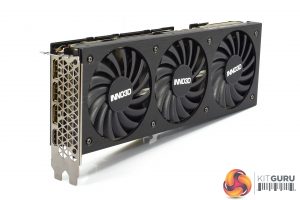 Taking a look at the card itself, it’s a much more subdued design compared to the RTX 3080 Ti iChill X4 that we reviewed last week. Gone is the angled and aggressive shroud design, and instead we have what is essentially a plain black rectangle. The shroud is clearly black, but it is made of brushed metal so it feels sturdy in the hand.

We can also note the triple-fan setup, with three 90mm fans, each sporting 15 closely-packed fan blades. 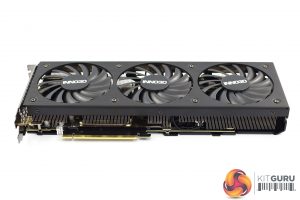 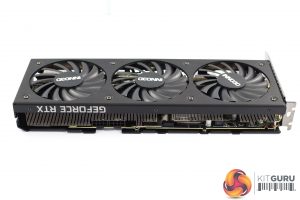 In terms of dimensions, it’s good to see Inno3D have kept the X3 OC to a standard dual-slot thickness – triple-slot cards are basically the norm in 2021, but this is certainly more svelte. It also measures 300mm long and 112mm tall. 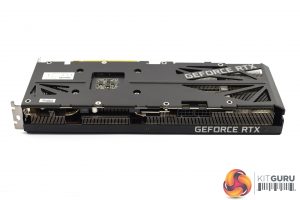 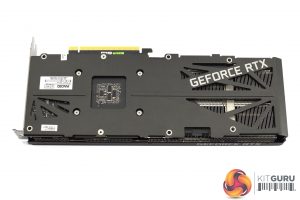 The backplate is also plain black, and it is made of metal. We can see a cut-out around the back of the GPU die, while there are also a few triangular cut-outs at the end of the card to allow air to pass directly through the heatsink. 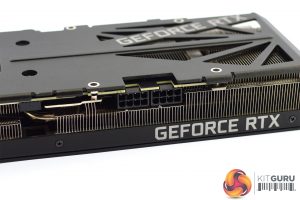 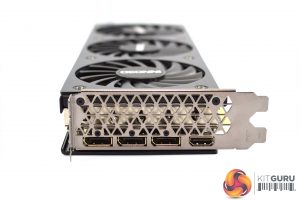 Power requirements consist of 2x 8-pin connectors, while once more we find 3x DisplayPort 1.4a and 1x HDMI 2.1 display outputs. 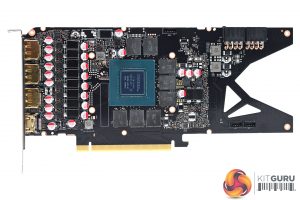 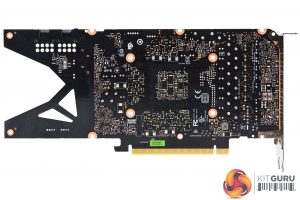 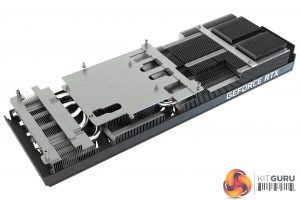 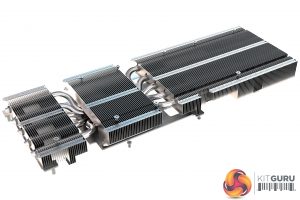 As with the RTX 3080 Ti iChill X4, Inno3D asked us not to disassemble the card, but they did provide their own photos of the PCB and heatsink layout.

Looking now at the cooler, Inno3D is using three finstacks connected by a total of 5 heatpipes. The GPU and memory contact with a central baseplate, while there are secondary plates to cool the VRM.