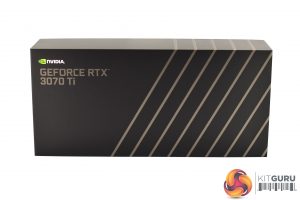 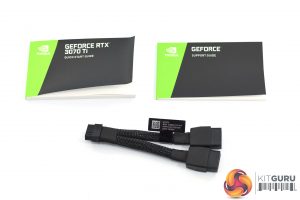 The RTX 3070 Ti Founders Edition ships in the same box as the RTX 3080 Ti, with a very minimalistic styling. Inside we find a quick start guide and a support guide, as well as the 2x 8-pin to 12-pin power adapter. 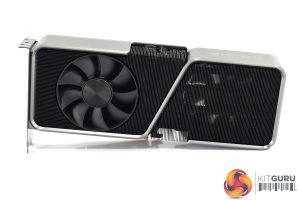 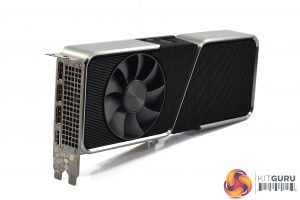 As for the card itself, while it is clearly an RTX 30-series card, this is actually a new cooler design – it looks something like the RTX 3070 and RTX 3080 Founders Editions models had a baby. It inherits the flow through fan design from the RTX 3080, with one fan pushing air from the underside of the card, and the other pulling air through from the top.

The greyish/silver frame of the card however, is the same as the RTX 3070 – the RTX 3080 uses an x-shape pattern which is not found here. Internally as well, the cooler does not use a vapour chamber, as is the case for the RTX 3080, but instead relies on a traditional copper baseplate with four heatpipes, just like the RTX 3070. 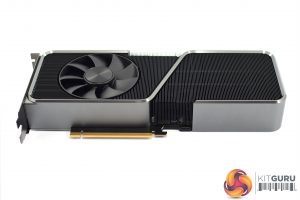 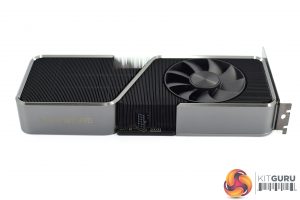 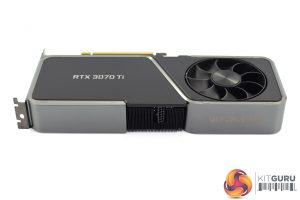 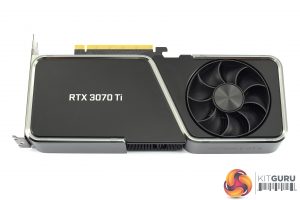 As for the backplate, it’s most similar to the RTX 3080 as obviously there is a fan on the right hand side. Where the RTX 3080 leaves the aluminium finstack exposed around that rear fan however, the back of the RTX 3070 Ti is completely covered except for the fan itself. 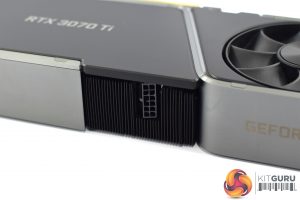 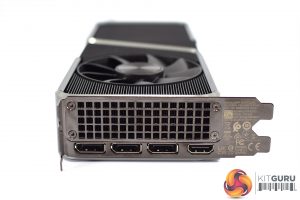 We can also note Nvidia’s 12-pin power connector, while display outputs are as expected, with 3x DisplayPort 1.4a, and 1x HDMI 2.1.