For our temperature testing, we measure the peak memory temperature under load. A reading under load comes from running Cyberpunk 2077 for 30 minutes. 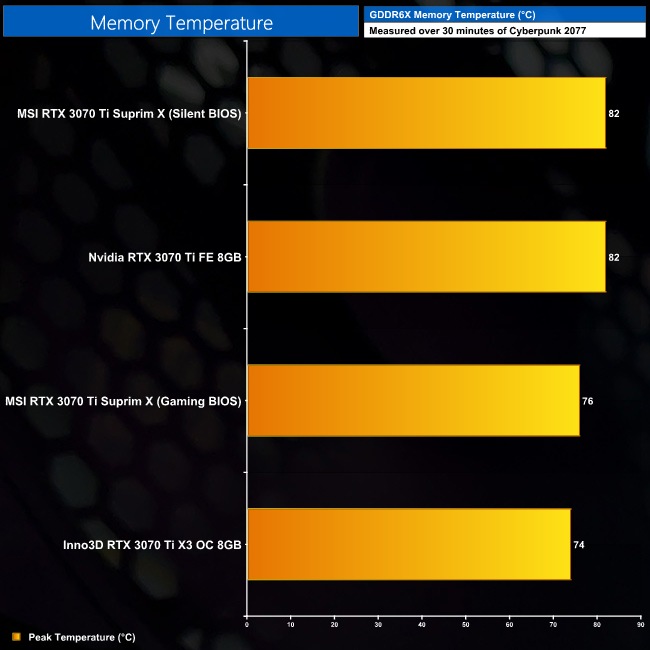 As for memory temperatures, the immediate good news is that Nvidia has done a much better job cooling the GDDR6X on the RTX 3070 Ti, as it peaked at just 82C on our sample. Contrast that with the RTX 3080 Ti, which saw the memory hit 96C, and this is a big improvement. The Suprim X’s Silent BIOS meanwhile saw the memory hit the same temperature as the Founders Edition, but switching to the Gaming BIOS dropped that by 6C. Interestingly, the X3 OC did best here, with a peak memory temperature of just 74C.