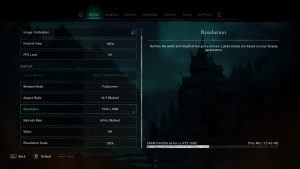 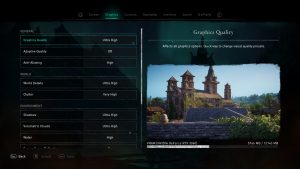 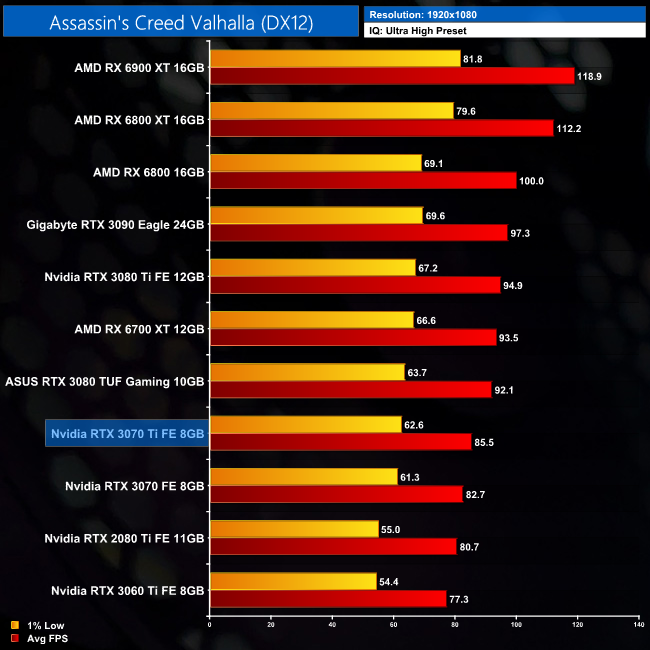 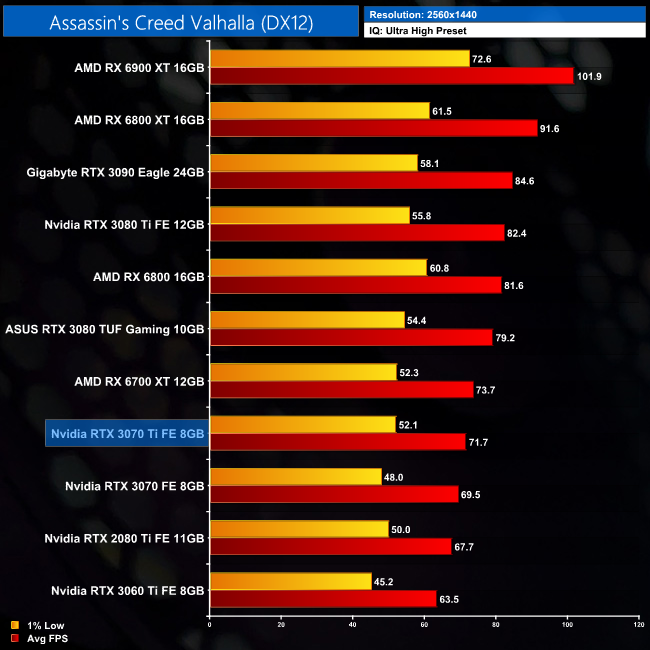 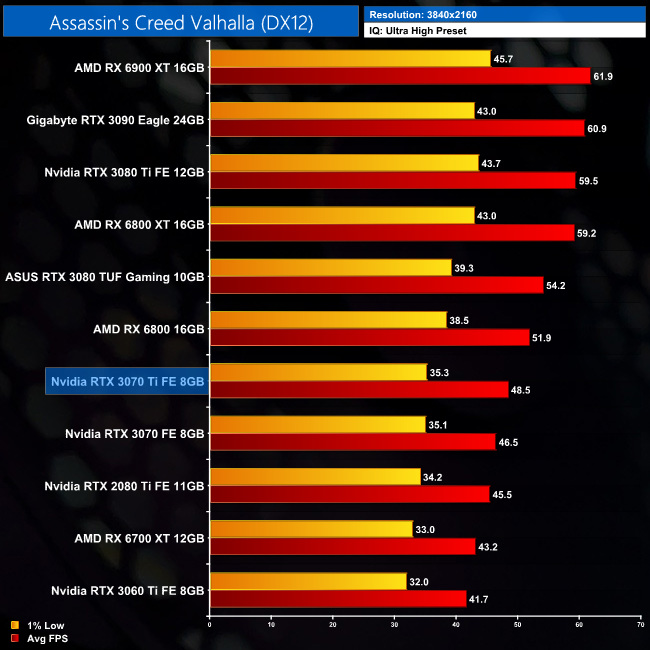 Kicking off the game benchmarks with Assassin’s Creed Valhalla, this isn’t the best of starts for the RTX 3070 Ti. At 1440p, it averaged just shy of 72FPS, making it barely 3% faster than the vanilla RTX 3070. That puts it well behind the RX 6800, which is particularly strong in Valhalla, with a 12% margin between the two cards.