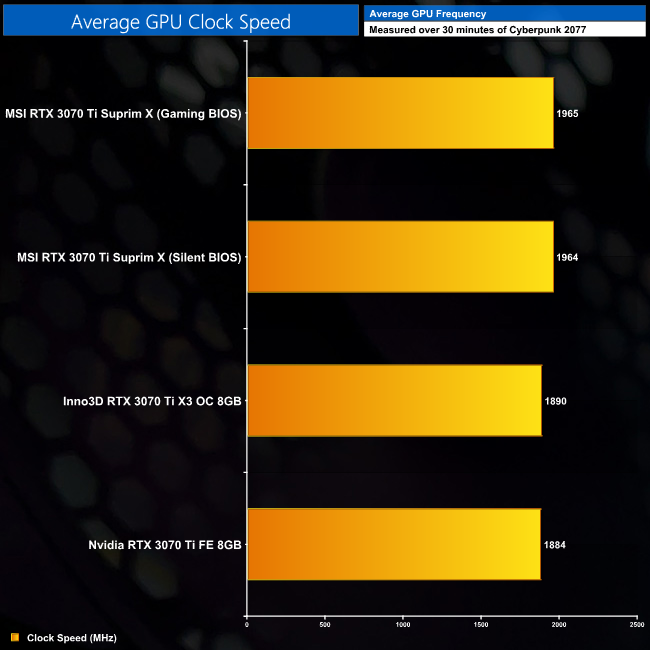 The reason for such similar gaming performance is that the real-world clock speed differences are really not that significant between all three GPUs tested. Both the Founders Edition and the Inno3D X3 OC averaged around the 1890MHz mark, while the Suprim X proved about 75MHz faster. Incidentally, as the Suprim X’s dual-BIOS modes share the same power limit and clock speed, gaming performance is identical between the two.