Here we present power draw figures for the graphics card-only, on a per-game basis for all twelve games we tested at 2160p (4K). This is measured using Nvidia’s Power Capture Analysis Tool, also known as PCAT. You can read more about our updated power draw testing methodology HERE. 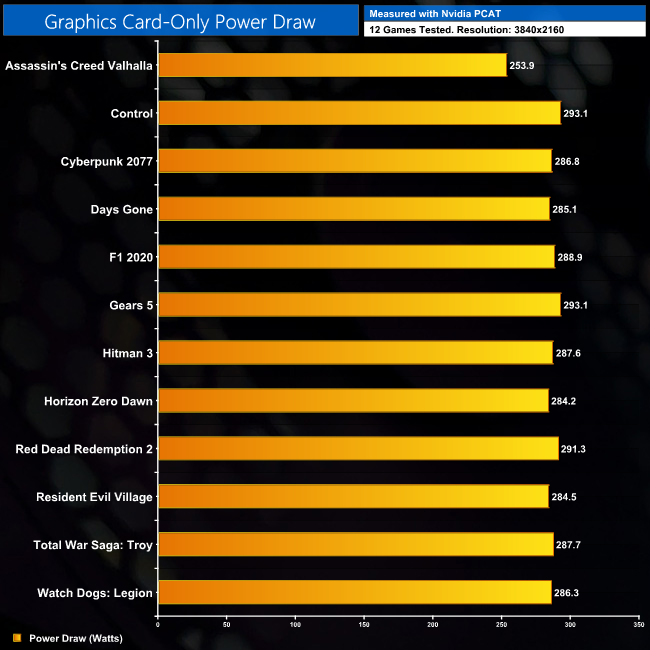 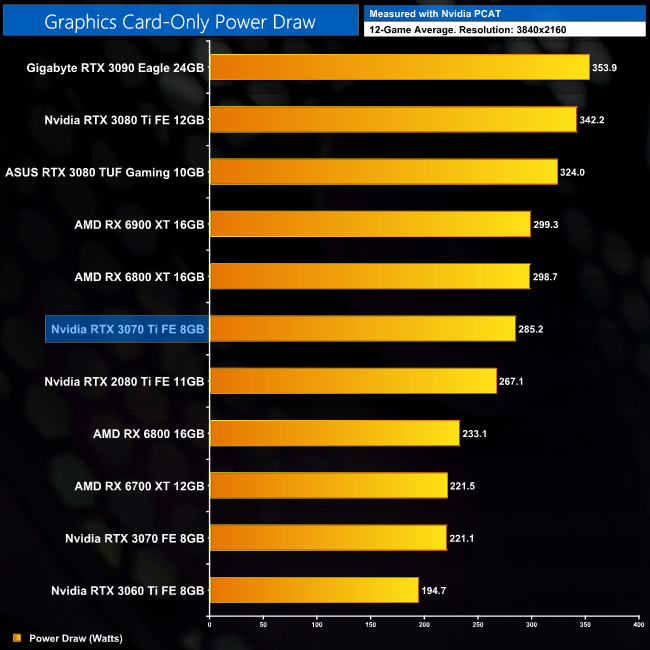 As for 4K, power draw is pretty consistent at this resolution, with the exception of Assassin’s Creed Valhalla, and we see a 12-game average of 285W. That’s really not far off the power draw of both the RX 6800 XT and 6900 XT, which are significantly faster cards, so I wouldn’t say power consumption is a strong point for the RTX 3070 Ti.